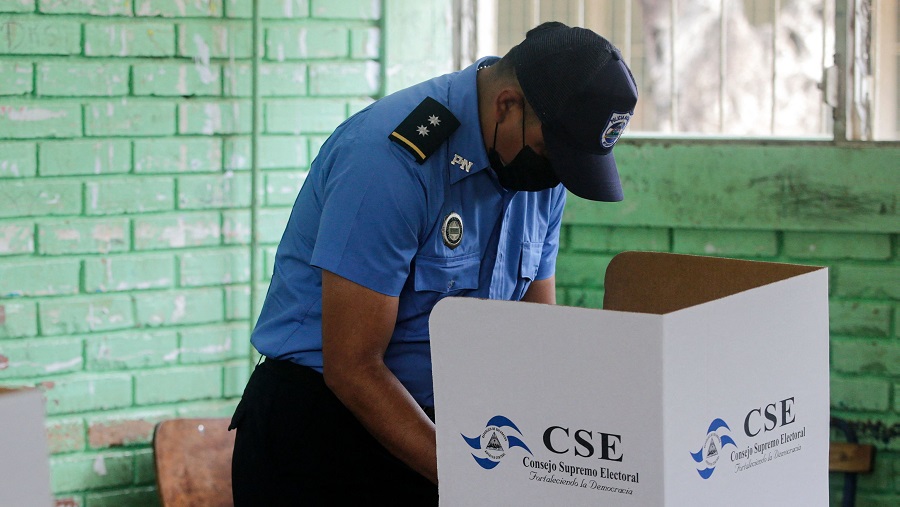 Last Sunday, November 6, in a context of territorial repression and systematic attacks on the fundamental rights of the people of Nicaragua, municipal elections were held throughout the country. Like the November 21 presidential elections, they constituted an electoral farce absolutely lacking in legitimacy or compliance with international standards of transparency, and instead were aimed solely at consolidating the totalitarian government imposed in April 2018 by Daniel Ortega and his Sandinista National Liberation Front (FSLN). As a result, women human rights defenders and communities face an escalation in external territorial control, harassment, criminalization and the pervasive climate of fear.

During the week prior to the elections, from October 28 to November 6, we documented eight arrests of women activists and territorial leaders, along with family members arbitrarily detained when the police were looking for someone else. Of the eight women detained, two were released. During that week we also documented twelve acts of harassment against four women human rights defenders and/or territorial activists. The police have been identified as those primarily responsible for the aggression, followed by unidentified civilians, government workers, and FSLN sympathizers.

During the last six months, we have documented 585 attacks against women human rights defenders in Nicaragua, which mainly consisted of harassment, surveillance, threats, de facto banishment, and closure of organizations, among many aimed at dismantling or disrupting the social structure, protection of territory, and organization of the people.

We of IM-Defensoras call on the international community to stay on the alert and be watchful in the days following this recent electoral farce, speaking out and denouncing any new attack against women human rights defenders and our communities.