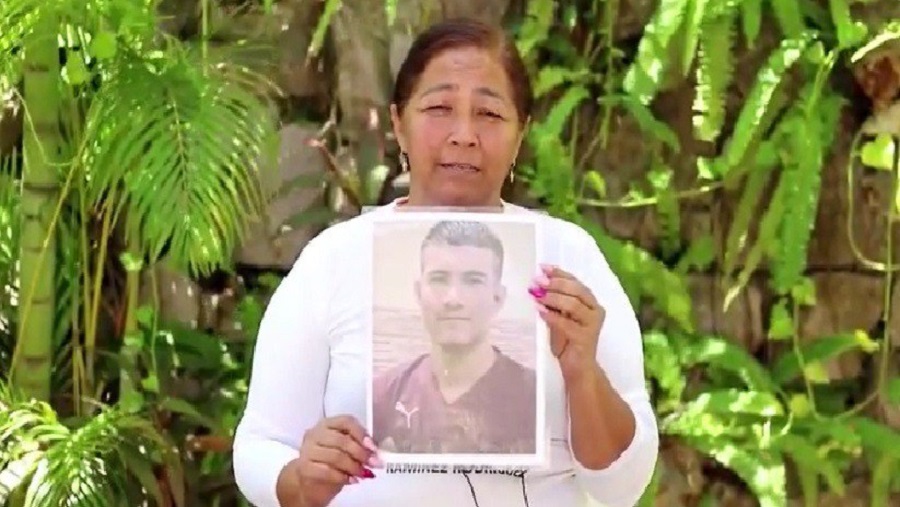 On Tuesday, August 30, the International Day of Victims of Enforced Disappearances, the searcher, human rights defender, and member of the ‘Hearts without Justice’ collective, Rosario Lilian Rodríguez Barraza, was kidnapped and murdered in Cruz de Elota, Sinaloa.

The defender was abducted by armed men who approached her in a white Suburban van around 9 o’clock at night in the Palos Blancos neighborhood after she left a mass dedicated to her disappeared son.

One of her sons immediately called 911 to report her absence, yet received no response from the authorities. Four hours later, Rosario’s body was found on the street.

Rosario Lilian Rodríguez had been searching for her son, Fernando Abixahy Ramírez Rodríguez, who was forcibly disappeared on October 16, 2019. Due to her efforts, the defender herself became a victim of threats and attacks. Assailants sprayed gasoline on her house to set it on fire, attempted to kidnap her other son, and took her van (which was found the following day).

Last June 11th, Rosario recorded a video for the ‘Until We Find Them’ (Hasta Encontrarles) project, in which she indicated that after her son went missing, she had filed a complaint and presented witnesses and videos of the forced disappearance. The alleged perpetrator has been detained in San Luis Río Colorado, Sonora, but the Attorney General’s Office in Sinaloa informed her that this was beyond its jurisdiction and that an investigation could not be carried out.

16 women searchers have been assassinated since 2010.

Rosario’s feminicide due to her labor in search of her son is not an isolated incident.  Counting  her assassination, the feminicides of three women searchers have been perpetrated thus far in 2022,  including that of Ana Luisa Garduño Juárez, slain in January, and Brenda Jazmín Beltrán Jaime, in July. According to information from the Mesoamerican Registry of Attacks against Women Human Rights Defenders, reported by the National Network of Women Human Rights Defenders in Mexico, 16 feminicides have been committed in Mexico during the last 12 years against women defenders struggling for their rights to truth, justice, and reparations.

According to the Registry, 9 women defenders and journalists have been killed due to their work thus far in 2022.

We of the National Network of Women Human Rights Defenders in Mexico and IM-Defensoras repudiate and condemn the feminicide of human rights defender Rosario Lilian Rodríguez Barraza.

We demand that the Attorney General’s Office in the state of Sinaloa conduct a prompt, comprehensive, gender-based investigation of the defender’s assassination and that it guarantee all necessary measures of reparations and protection for her family.

In the same vein, we underscore the obligation of authorities to adopt all necessary measures to guarantee the protection of persons and collectives working for the rights to truth, justice, and reparation of damages in the state of Sinaloa and in the country as a whole.

And finally, we call on members of the international community to stand in solidarity with the family of Rosario Rodríguez by speaking out immediately against her assassination, denouncing the crime, and demanding justice.