[Urgent Alert] At 66 years old, Dora María Téllez has begun a hunger strike despite the deterioration of her health in the inhuman prison conditions imposed upon her. 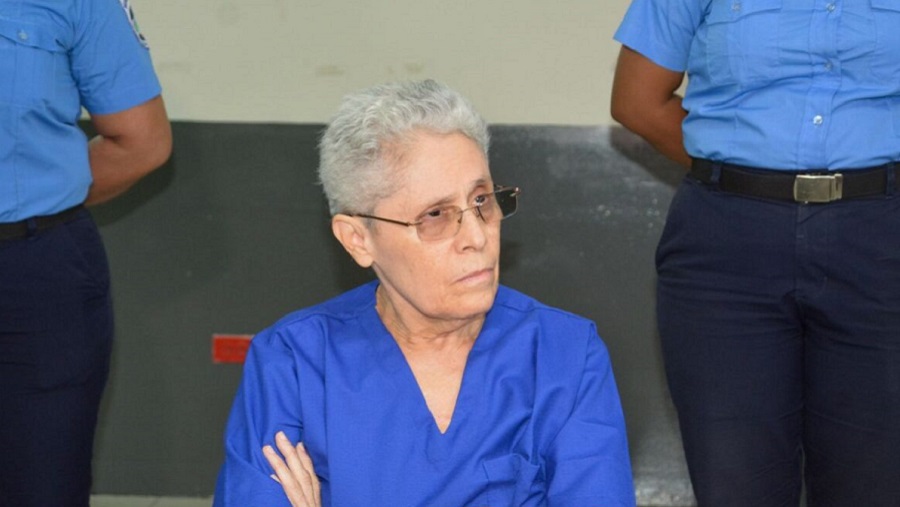 According to reliable sources available to us, the feminist activist, historian, and former Revolution Commander Dora María Téllez has been on a partial hunger strike for approximately two weeks in El Chipote prison, where she has been held in a cell for more than 16 months. She is protesting the inhumane conditions to which she is subjected and is demanding access to reading material and the ability to sign a power of attorney so that her family members can claim her retirement pension.

Dora María Téllez would only be eating food brought to her by her family, if and when permitted, according to the arbitrary criteria of the authorities. As we verified several weeks ago, when she was publicly showcased in the farcical trial through which the Daniel Ortega government sought endorsement for its reign of terror, Dora María looks much worse than she did when first imprisoned. The precarious nature of her physical health state can be attributed to months of isolation, poor diet, light deprivation and other sensory tortures that we of IM-Defensoras have been denouncing. It is estimated that before initiating the hunger strike, she had lost more than 15% of her body weight. In such conditions, sustaining a hunger strike, albeit partial, may lead to a further deterioration of her health and could even endanger her life.

Conducting a hunger strike is a desperate action. In the case of Dora María as in those of other political prisoners intent on pursuing a strike, it is a response to the absolute refusal of the authorities to listen to their legitimate demands and guarantee their human rights, which are inalienable and remain valid even during imprisonment.  We recall the case of Támara Dávila, for example, who in order to see her daughter after six months of separation, found it necessary to go on a hunger strike and call for a campaign of international solidarity and pressure. This is also true of journalists Miguel Mora and Miguel Mendoza. In an effort to see his seven-year-old daughter, Mendoza is now engaged in a hunger strike. Unfortunately, this high-risk action is the only resource that political prisoners have for demanding and achieving their rights.

Dora María Téllez, Commander Two, is an icon of the people’s Sandinista Revolution and of former women combatants. When she was only 22 years old, she took part in the Death to Somocism operation in an assault on the National Palace to demand freedom for 60 political prisoners. She was Vice President of the Council of State and Secretary of Health in the 1980s. She was Director of the former Sandinista Renovation Movement, now known as UNAMOS. In February of this year, she was illegally sentenced to eight years in prison for the alleged offense of “conspiracy to subvert the national integrity of Nicaragua.”

It is alarming that several political prisoners have died in prison under the responsibility of the Nicaraguan government due to health issues caused by incarceration conditions and the lack of health care by prison authorities. The most emblematic case is precisely that of former Sandinista Commander and Director of UNAMOS, Hugo Torres, who together with Dora María Téllez led the assault on the National Palace. Torres died in prison last February.

We of IM-Defensoras hereby express our solidarity with Dora María Tellez, support her legitimate demands, and express our concern for her current and future state of health. We hold the Nicaraguan government responsible for any attempt on the life and integrity of the defender.

Dora María Téllez is a political prisoner unjustly criminalized and deprived of her freedom for struggling for a more just and egalitarian Nicaragua. She should not be in prison. We thus demand her immediate freedom, and until this is granted, a sentence to home detention, which has been conceded to other political prisoners who are approximately the same age with the same health conditions as her own.

We also call on the international community to stand in solidarity with Dora María Téllez and the other political prisoners in Nicaragua who suffer torturous conditions and violations of their most basic human rights and the rights of their families. Let’s bring an end to these abuses and win freedom for them all.