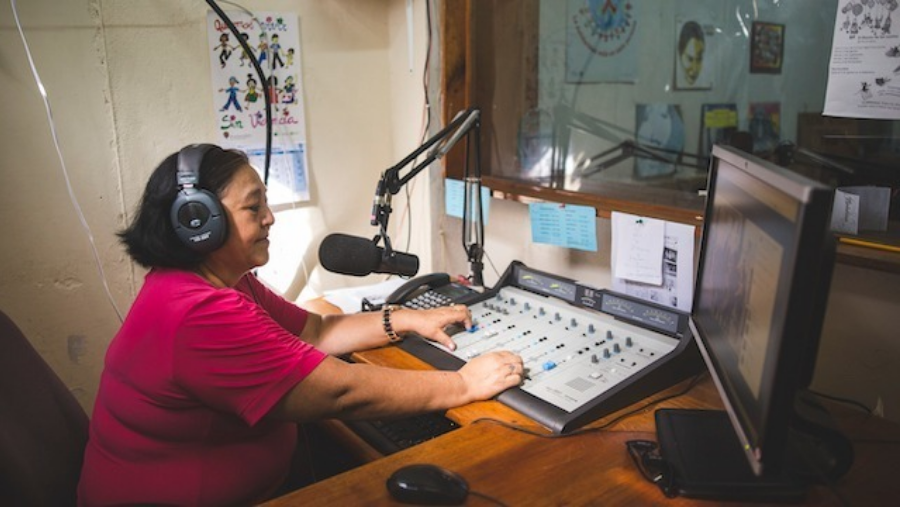 On August 2, 2022, in a recent effort to control all news media and censor independent reporting, the Daniel Ortega government, through the Nicaraguan Telecommunications and Postal Services Institute (Telcor),   ordered the cancelation of the license of the feminist community radio Station, Radio Vos, in the province of Matagalpa, and shut down eight other local radio stations and a private television channel in just one week.

In a public statement, a Radio Vos spokesperson said that Telcor officials showed up at their offices with six National Police patrols to conduct an inspection of  transmission equipment.  Following the revision, the officials informed the radio staff that  Radio Vos fails to comply with Article 4 of Law Number 200, the Telecommunication and Postal Services Act, and that its License to Broadcast has thereby been canceled.

“They can turn off the radio, but they can´t turn off our voices,” said feminist Argentina Olivas, journalist and Director of Radio Vos.  For 18 years the community radio station has stood by the people, especially broadcasting the voices of women and the least heard social groups in the North of the country.  Moreover, Radio Vos has become a training center in pursuit of gender-based human rights concerns and is a member of the World Association of Community Radio Broadcasters (AMARC).

We of IM-Defensoras condemn this latest arbitrary act of the corrupt, misogynous, totalitarian, neoliberal government of Daniel Ortega against both independent news media and feminist journalists working with a gender perspective, and we stand in solidarity with Radio Vos and 12 other news media that have been illegally shut down by Telcor since 2018.

We urge the international community and all feminists to engage in solidarity actions and shoulder responsibility for feminist media and spaces, and to denounce in no uncertain terms this new arbitrary measure against Nicaraguan journalists.