“What would you do to hug your daughter?” Campaign launched in solidarity with Tamara Dávila, who may be on a hunger strike demanding to see her daughter 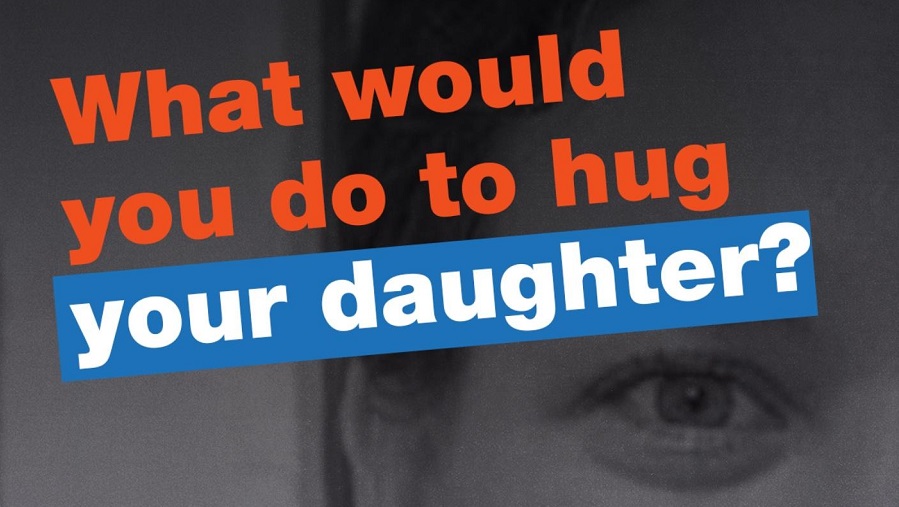 There are signs that Nicaraguan feminist activist and woman human rights defender Tamara Dávila may have begun a hunger strike in the prison known as “El Chipote”, where she has been unjustly held for more than fifteen months. Tamara has not been allowed to see or hear her 6-year-old daughter during all this time, which is a very serious violation of the rights of both mother and daughter.

Her family reported that during their last visit, the woman defender said she was desperate and felt that a hunger strike was her only recourse in order to embrace her daughter. Unable to see her mother, the child lives in constant fear and dread that her mother is dead or that she will never see her again. The family has not yet been able to verify Tamara’s condition, due to her isolation and the prison authorities’ systematic withholding of information.

If it is confirmed that Tamara Dávila is on a hunger strike, the woman the defender would have taken this step in a state of health already weakened by the precarious conditions of imprisonment and torture she has experienced since her detention: isolation and solitary confinement, poor nutrition, and subjection to a torturous environment – all of which have led to severe malnutrition and various illnesses.

Tamara is a feminist activist and woman human rights defender who was arbitrarily sentenced to 8 years in prison for fighting for a more just and egalitarian country and raising her voice against Daniel Ortega’s misogynist, neoliberal, and illegitimate government.

Tamara’s case is not an isolated one; many other political prisoners in Nicaragua are prohibited from seeing their children. When these visits have been allowed, the families have denounced degrading treatment that violates the children’s human rights, such as being forced to undress and inappropriate touching, among others.

Regional and international feminist organizations have responded by launching the campaign “What would you do to hug your daughter?” – a call for action in solidarity with Tamara Dávila and with the children of political prisoners in Nicaragua who are unable to see their parents. The main demands of the campaign are that Tamara and other political prisoners be allowed regular visits from their children every 15 days, and that they be granted weekly telephone or video calls. The convening organizations are calling on people to follow and join the campaign by uploading tweets, posts, or videos on social media stating what they would do if they were in Tamara’s situation, listing the two demands, and ending with the message, “And what would you do to hug your daughter?” along with the hashtag #QueLasLiberen (FreeThem).