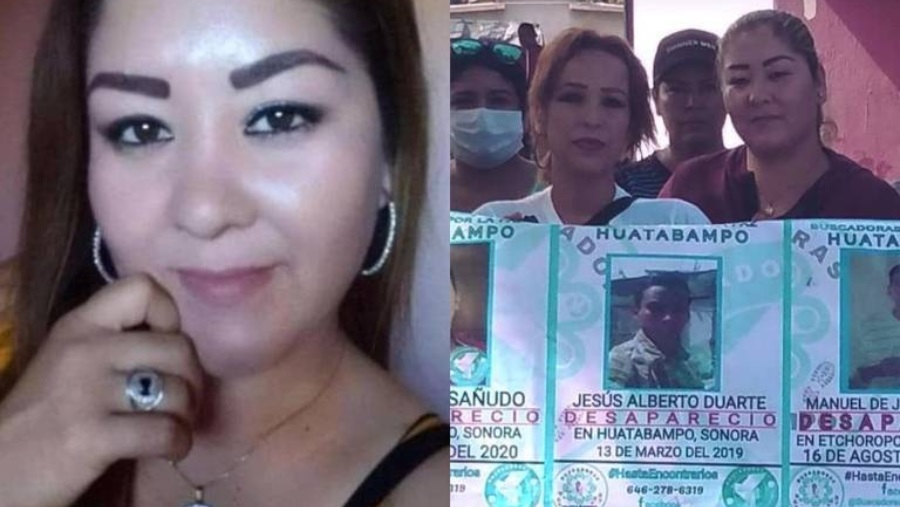 According to information from the Attorney General’s Office in the state of Sonora, the body of defender Brenda Jazmín Beltrán Jaime was found on Sunday, July 17, with clear indications that she had been murdered.

Brenda Jazmín Beltrán Jaime, had been searching for her brother Luis Heraldo Beltrán Jaime, disappeared since November 1, 2018. She was a member of the Women Warrior Searchers Collective in Cajeme, Sonora, and collaborated in the accompaniment of family members of disappeared persons.

The Attorney General’s Office revealed that she was choked to death and stated that the investigation would focus primarily on the defender’s personal surroundings, thereby ruling out the fact that the motive of this feminicide is related to her work as a searcher. It is important to note, however, that the National Network of Women Human Rights Defenders in Mexico has documented a series of attacks against members of collectives of families searching for disappeared persons in the state.

In July of 2021, Gladys Aranza Ramos of the Women Warrior Searchers Collective in Sonora was deprived of her freedom and then assassinated. After this highly serious attack, the leader of the Searching Mothers Collective in Sonora, Ceci Patricia Flores received  death threats; and Leticia Álvarez, another member of this collective, was kidnapped by a commando for several hours in Hermosillo, Sonora, on October 31, 2021.

More recently, according to information from the CIMAC news agency, members of the Searching Mothers Collective in Sonora suffered an attempt on their lives on January 22, 2022 in the town of Santa Ana in the north of the state of Sonora, where they had gone after receiving information that one of their sons was there.

The attacks on collectives of searchers in Sonora highlight a pattern of violence against women defenders in search of truth, justice, reparations, and non-repetition in highly complex situations involving the breakdown of social life.

The murders of women defenders María de Jesús Gómez Vega and Marisol Cuadras took place in Sonora in May and November of 2021, respectively.

Moreover, according to information from the Mesoamerican Initiative of Women Human Rights Defenders Register in 2020, 44 attacks were documented against women defenders in Sonora.

We of the National Network of Women Human Rights Defenders in Mexico and IM-Defensoras repudiate and condemn the feminicide of rights defender Brenda Jazmín Beltrán Jaime.

We also call for guarantees of all necessary protection and reparations measures for the defender’s family and collective members.

We demand that the Attorney General of Sonora conduct a prompt, comprehensive, gender-based investigation that takes into account the widespread context of violence in the state and the serious attacks against women human rights defenders and searchers for disappeared family members.

Likewise, we demand that the relevant authorities adopt all necessary measures to guarantee the protection of persons and collectives working for the right to truth, justice and reparations in the state of Sonora and the country as a whole, meeting their demands and facilitating safe and secure conditions for their protection.

Finally, we call on the international community to show solidarity with the family and companions who struggled along with Brenda Jazmín Beltrán Jaime by publicly denouncing her assassination and demanding justice.