[WHRD Alert] GUATEMALA / Intimidation, persecution and attacks against a professor and students peacefully resisting in defense of the autonomy of San Carlos University. 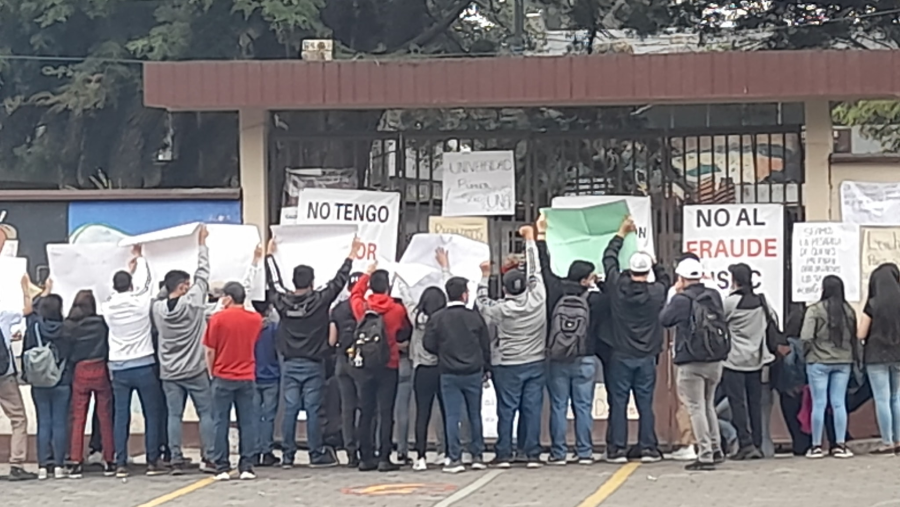 The students Naomi Valdez, Kenya Urrutia and Leslie Vásquez, and the professor Lucía Terrón of San Carlos University in Guatemala are targets of intimidation, persecution, and attacks due to their peaceful resistance in defense of university autonomy.

San Carlos University of Guatemala is the only public university in the country whose autonomy is established in the nation’s Constitution. This university is governed by a Charter Law approved by Congress, along with Rules and Regulations on University Elections

The process of university elections began last January in each faculty. Students, teachers, and specialists were to vote on the university’s maximum authority: the Rectory. The current University Superior Council, however, which is now the university’s highest authority, has engaged in several different actions to forge and consolidate a fraud in these elections.

As a result, on April 27, 2022, students and teachers began to peacefully resist this fraud by taking over several university buildings in support of a fresh call for elections.

As of May 19th, Dr. Lucía Terrón, a professor in the Medical School and constituent in the election of the Rector has been intimidated and threatened in social networks.

Dozens of professors in the faculties of Chemical Sciences, Odontology, Architecture, and Medicine have received intimidations and threats from groups on WhatsApp, including the publication of sensitive data that should only be available to the university administration.

As for the students, Naomi del Carmen Valdez Fuentes and Kenya Fernanda Urrutia Corado were denounced for the offense of usurpation by Guillermo Alfredo Hernández Escobar, a contractor of San Carlos University.

Likewise, a student from the Faculty of Veterinary and Zoological Medicine, Leslie Vásquez, who has also taken part in the peaceful resistance against the election fraud, was a victim of persecution last June 2nd, when she was driving her car. Leslie was pursued by a van, whose driver tried to grab her rearview mirror, while his passengers insulted her in an effort to drag her out of her car.

Another attack was experienced last May 24th by a student of the School of Psychological Sciences while she was driving her automobile. She has also received intimidating telephone calls.

We of IM-Defensoras condemn these attacks against students and professors engaged in peaceful resistance.

Likewise, we acknowledge the dignity, legitimacy, and importance of the struggle of students at San Carlos University in Guatemala against corruption and impunity, and we urge university authorities to comply with their historic responsibility to respect human rights.

And finally, we call on the international community to express solidarity with the student movement at San Carlos University and to take up its demands.