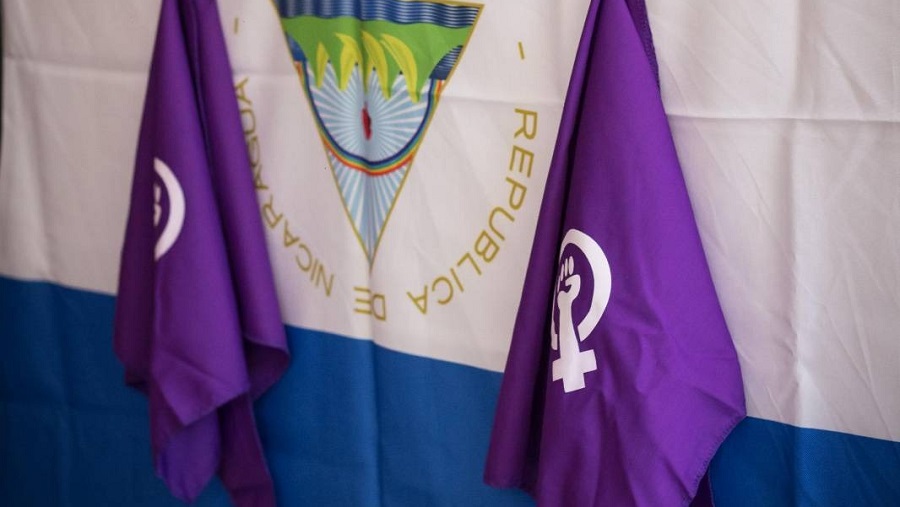 On May 18th and 19th, the National Assembly of Nicaragua passed a new wave of illegal cancellations of the legal standing of organizations in the country. This has affected 44 organizations of different types, including 6 feminist or women’s rights organizations. On Wednesday, May 18, those cancelled were Meeting Points Foundation for the Transformation of Daily Life, the Civil Foundation for the Support of Women Victims of Violence (ACTION NOW),  and the Alternative Center for Women Survivors of Violence. On Thursday, May 19, the Coordinating Association of Rural Women, the Association for the Comprehensive Development of Women  (APADEIM) and the Association for the Humanization of Life (Seagull Collective) were shut down.  The closure of these 6 leaves 40 feminist and women’s rights organizations illegally canceled by the Daniel Ortega government since April of 2018.

Just as we of IM-Defensoras have denounced in previous cases, the cancellation of these organizations has been based on arbitrary procedures by the responsible institutions, which have imposed all different types of obstacles and/or have directly refused to receive the administrative documentation required by law, even which such documentation was presented in a timely fashion in correct form. Among the recent closures are organizations enrolled under the arbitrary, widely denounced Foreign Agents Law. ​​​​​​​

The closure of organizations has included the dismantling of offices, the requisition of property, and in some cases, the criminalization, harassment, and attacks against members.

We of IM-Defensoras reiterate the gravity of the impact of these cancellations on the rights of Nicaraguan women,  who are left in a situation of high vulnerability and exposition to violence and the violation of their basic rights.  This is going on in a country where at least 71 women were victims of femicide in 2021; where according to official data, during this same year more than 8 thousand women denounced having suffered some kind of intra-familiar violence and around 5 thousand denounced having been victims of sexual violence; where thousands of women work in maquiladoras for the benefit of transnational capital under extremely precarious conditions of exploitation; and where the interruption of a pregnancy has been totally criminalized since 2006, after Daniel Ortega made a pact with the Catholic hierarchy.

We condemn this new arbitrary act of the neoliberal, corrupt, misogynous, and totalitarian government of Daniel Ortega against feminist and women’s rights organizations, and we stand in solidarity with these organizations. Moreover, we remain alert to any violation whatsoever of the rights and personal integrity of their members.

We call on the international community and the solidarity of feminist collectives and movements to shoulder responsibility for these banned organizations and to raise their voices in denunciation of this new series of arbitrary actions against feminist and women’s rights organizations in Nicaragua.