[WHRD Alert] GUATEMALA / Adela Choc Cuz, ancestral authority and rights defender, is criminalized, physically attacked, and expelled from her community due to her work as a spiritual guide and defender of land and territory. 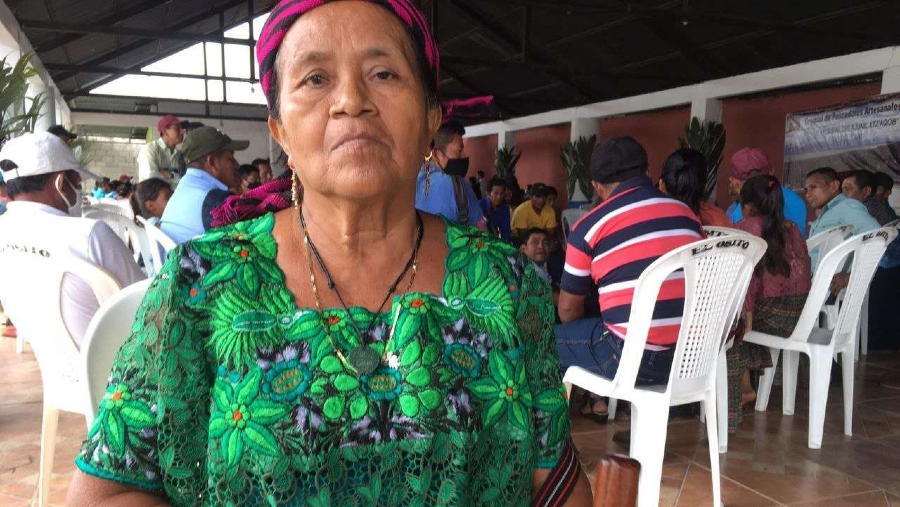 In the early morning hours of May 16, 2022, the ancestral authority and human rights defender Adela Choc Cruz was illegally detained along with her daughter, denied the consumption of food and water, and held prisoner until she was finally released just before daybreak on May 17, 2022.

The spiritual guide who resides in the village of Chichipate, El Estor, Izabal, was held for more than 18 hours by aggressors led by members of the COCODE (Community Councils of Urban and Rural Development), José Ich y Marco Tulio Coy, who hold positions of authority in the Chichipate community. The ruffians physically attacked her, tied her up, and held her prisoner, accusing her of witchcraft. Moreover, they set fire to her residence and all of her property, including her wand of ancestral authority.

Adela Choc Cruz is a member of Anti-Mining Resistance and the Council of Maya Q´eqchi Indigenous Authorities, who are opposing the CGN Nickel Mine.

On May 17th, after being freed by the National Civil Police, the defender filed a criminal complaint in the Public Prosecutor’s Office, naming the acts perpetrated against her. She also reported having received intimidating phone calls from the Caal Pec family, the owner of the La voz de Chichipate Radio Station, 103.5 FM. As a result of these highly serious attacks, she found it necessary to leave her community and go into exile.

The aggression against Adela Choc Cruz, is a grave violation of her human rights, integrity, patrimony, and life project.

We of IM-Defensoras repudiate the extreme violence, criminalization, harassment and persecution of the ancestral authority Adela Choc Cruz.

We demand an immediate end to the intimidation and harassment of all ancestral guides who defend land and territory in the face of religious fundamentalisms availed by the racist government of Guatemala.

Likewise, we affirm that the violation of the right to life and liberty cannot be allowed under any circumstance or viewpoint whatsoever.

And finally, we call on the international community and international human rights organizations to take a public stand condemning these acts and to express solidarity with the defender in a call for a thoroughgoing investigation to ensure that impunity will not prevail in this case.