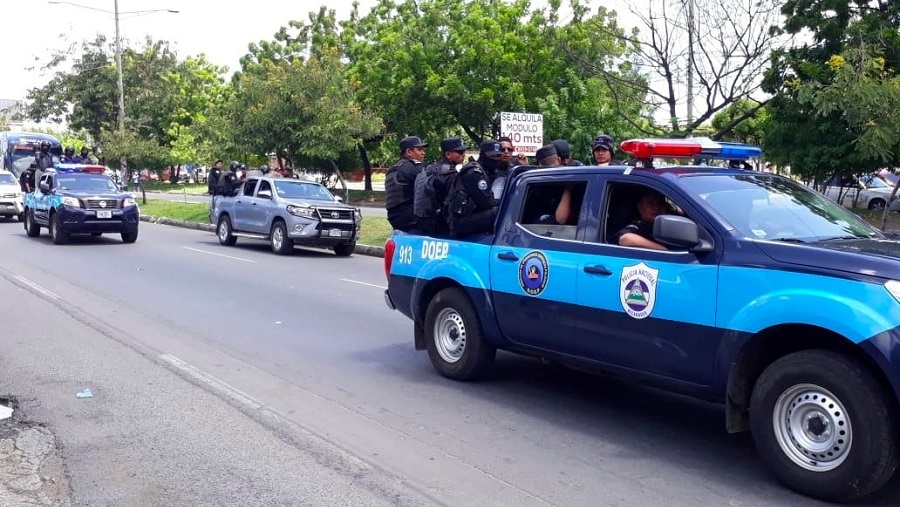 Since April 10, 2022, we of IM-Defensoras have registered 156 attacks against women human rights defenders in Nicaragua. Of these, 147 have been personal attacks against defenders and the other 9 have been against organizations that defend the rights of women or are run by women defenders. This upswing in attacks has occurred in the context of the social upheaval anniversary of April 18, 2018, and shows the clear intent of the Daniel Ortega government to impose his terror policy, social control, and maintenance of a police state in order to hinder any expression of protest or commemoration.

Attacks have been reported in 60% of the country’s departments and in one of the autonomous regions on the Caribbean Coast. They have been perpetrated against women who defend a wide variety of rights: land and territory; women’s political and community-based participation; information and freedom of expression; the rights of indigenous peoples; truth, justice and reparations; the right to a life free from violence, and to defend rights. It is important to note that 45% of the attacks took place on April 18th and 19th.

With regards to the type of attack, 55 acts of intimidation and harassment were reported, and 45 restrictions were placed on the freedom of movement. Four searches of women defenders’ homes were registered, along with the arrest of one defender. The forced disappearance of a woman cultural and artistic activist was reported as part of the repression against protest music that has been happening in the country as of 2018. Furthermore, 11 attacks were related to illegal investigations, interrogations and tracking.

In 74% of the attacks, women defenders identified the police as responsible agents; in 13% state authorities, and in approximately 7% unidentified civilian groups.

This rise in attacks against women defenders and their organizations is consistent with the repressive behavior exhibited by the State regarding specific commemorative dates of socio-political significance. During the last few years, we of IM-Defensoras have registered a pattern of a systematic surge in the attacks against women defenders during a period of approximately 10 days around these anniversaries (before, during, and after the events).

It is also important to highlight the fact that this recent intensification of attacks occurred after Vice President Rosario Murillo released several different public messages using hate speech   against the vast dissident movement in the country.

In the face of this situation marked by an attempt on the lives and integrity of Nicaraguan women defenders, their families, communities, and organizational spaces, we reiterate our call on the international community to be particularly vigilant to the reality experienced by  those who are defending human rights and working for a more just and egalitarian society.

We of IM-Defensoras continue to observe and denounce these abuses and will never stop expressing our admiration, solidarity, and support for Nicaraguan women defenders in their tireless and fundamental work, as well as in their legitimate demands for justice and freedom.