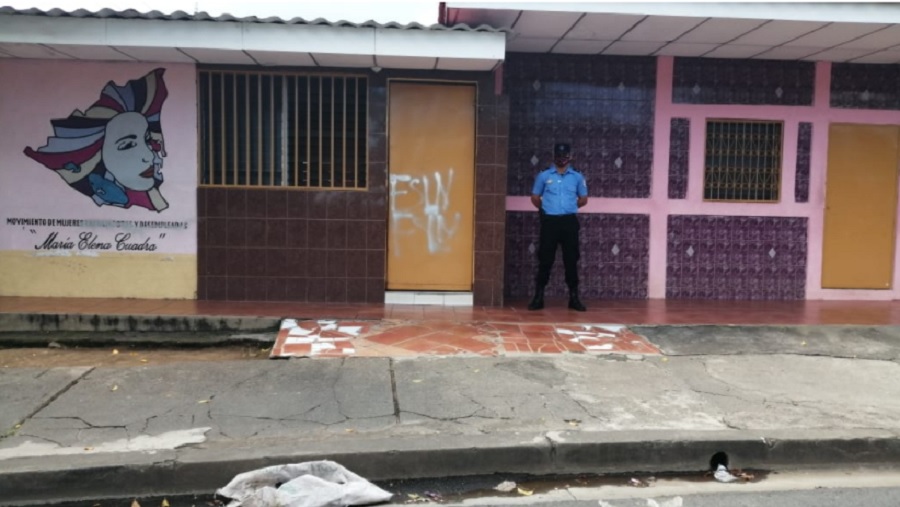 The offensive of the Nicaraguan government against feminist organizations doesn’t cease.  On Tuesday, December 15th, the National Assembly adhered to a ruling party members’ proposal by canceling the legal status of six organizations, including the Blanca Aráuz Foundation for the Promotion and Development of Women and Children (FUNDEMUNI) and the María Elena Cuadra Association of Working and Unemployed Women (MEC), two emblematic feminist initiatives that work for women’s rights.

Day after day, FUNDEMUNI and MEC have devoted themselves to the fundamental labor of the defense and promotion of women’s human rights by accompanying women victims of violence, developing patriarchal violence prevention programs, and defending the rights of women who work in maquiladoras in highly exploitative conditions, to mention just a few of their numerous actions. Thus, the closure of both organizations is a heavy blow to many Nicaraguan women who are now more vulnerable than ever to male chauvinist violence along with conditions of job insecurity and workplace exploitation that they face.

The hostility of the Nicaraguan government towards MEC dates back to the socio-political human rights crisis that the country has experienced since April of 2018. In July of that year IM-Defensoras reported the search of the home of MEC Director Sandra Ramos, who has also been subjected to acts of intimidation, harassment and surveillance. In September of 2020, the police surrounded MEC offices and blocked the entrance of the women who worked there .

These are the same procedures formerly faced by other feminist organizations and those focused on the defense of women’s rights, including the Matagalpa Women’s Collective , the Oyanka-Jalapa Women’s Association against Violence , the Inter-Volcanic Foundation,  Health Information Services (CISAS), the Leadership Institute of the Segovias (ILLS) and the Center for Communications Research (CINCO). Not only has the legal status of these organizations been canceled, but their facilities, goods and services have also been expropriated.

The Nicaraguan feminist movement has been the target of hostile, arbitrary actions perpetrated by Daniel Ortega  long before the crisis of 2018. We especially recall an attack that dates back to 1998, when the politician sexually abused his step-daughter, Zoilamérica Narvaez. Neither can we forget the pact that Daniel Ortega made with the Catholic hierarchy that led him to fully penalize abortion in the country in 2008.

We of IM-Defensoras condemn this most recent attack by the Daniel Ortega government against feminist organizations and the rights of Nicaraguan women. Furthermore, we express our concern for the safety and security of all compañeras who are members of  FUNDEMUNI and the María Elena Cuadra Women’s Movement.

We call on the international community and all proponents of feminist solidarity to shoulder responsibility for these two organizations and to speak out against this arbitrary measure intended to eradicate both of them and the entire feminist movement in Nicaragua.