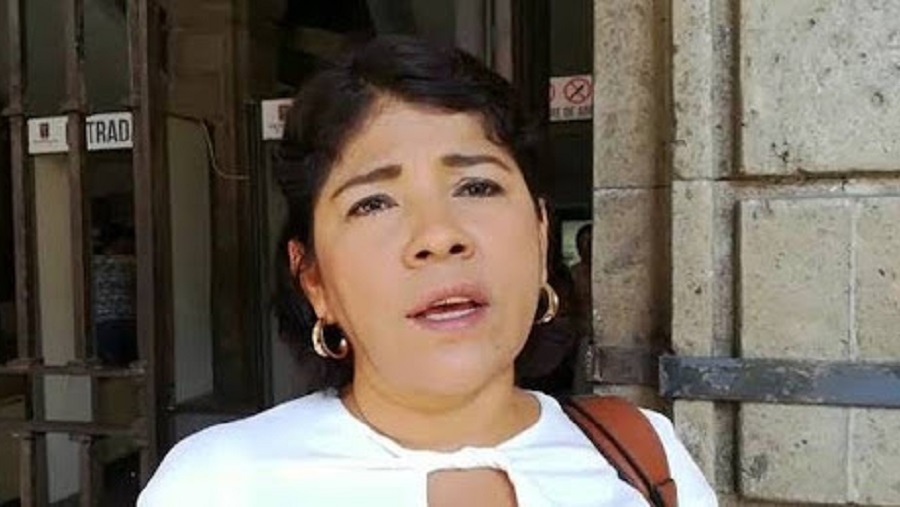 On Thursday night, January 27th, an unknown individual broke into the business run by Ana Luisa Garduño in the town of Temixco, Morelos. He approached her directly, and killed her with a firearm. According to police information, there were three bullet wounds in the defender’s body.

Ana Luisa Garduño was 51 years old, and since 2012, had been engaged in a tireless quest for justice for the feminicide of her underage daughter, Ana Karen Huicochea. Ana Luisa founded the ‘Ana Karen Lives’ Collective, from which she went on to participate in the Victims’ Front of the state of Morelos, the Association of Victims and Aggrieved Persons of the state of Morelos, and the recent National Search Brigade.

Last July, Ana Luisa publicly denounced the fact that her daughter’s feminicide continues to go unpunished nine years after it happened. She pointed out that the presumed author, Ana Karen’s former intimate partner, seemed to have fled the state of Jalisco where he used to reside. The defender noted the Public Prosecutor’s inefficiency and called for public pressure to be exerted on him and all of his agents to ensure they find the perpetrator and see that justice is done.

The murder of Ana Luisa Garduño occurred in the midst of an increasingly risky situation for women defenders and organizations working for the right to truth, justice, and reparations in Mexico, a country with more than 90 thousand disappeared persons and where 90 per cent of all murders result in impunity. In view of omissions and the lack of protection by institutions in different spheres of government, these defenders, collectives, and organizations find it obligatory to act on their own behalf and to adopt means of searching for disappeared persons and investigating the feminicides and murders of their family members. This puts them in an extremely vulnerable situation in relation to organized crime groups often involved in the disappearances and murders, and in relation to corrupt government functionaries, especially at the state and local levels.

In the past five years, at least five women defenders of the right to truth, justice, and reparations have been killed in Mexico. Ana Luisa’s murder was preceded by those of  Miriam Rodríguez in Tamaulipas, Zenaida Pulido in Michoacán; Aranza Ramos in Sonora, and María del Rosario Aguilar in León, Guanajuato. We cannot forget the case of Grisell Pérez, who has been missing in the state of Mexico since March of 2021. According to data provided by the National Network of Women Human Rights Defenders in Mexico, at least 63 women human rights defenders and journalists were killed in the country between 2010 and 2020.

We of the National Network of Women Human Rights Defenders in Mexico and IM-Defensoras condemn the murder of defender Ana Luisa Garduño and send our solidarity and warm embraces to her family and compañeras in the struggle for the right to truth, justice, and reparations in the state of Morelos.

We demand that Mexico’s justice institutions conduct an in-depth, gender-based investigation of this murder, one that takes into account Ana Luisa Garduño’s work as a rights defender and her gender condition in order to establish the main lines of the investigation. Likewise, we demand that all necessary measures be adopted to guarantee the protection of the family and persons who belong to the collective ‘Ana Karen Lives’.

We demand that authorities at all government levels in Mexico take urgent, effective action to put an end to the lack of protection for those who seek justice and the live presentation of disappeared persons. Moreover, we demand that they adopt all necessary measures to ensure that the responsible institutions comply with their responsibility to investigate each and every case with all due diligence and guarantees for the protection of women defenders and their organizations.

In the face of the alarming context of risk faced by those who defend the right to truth, justice, and reparations in Mexico, we call on the international community to stay alert and stand in solidarity with women defenders, their collectives and their organizations.