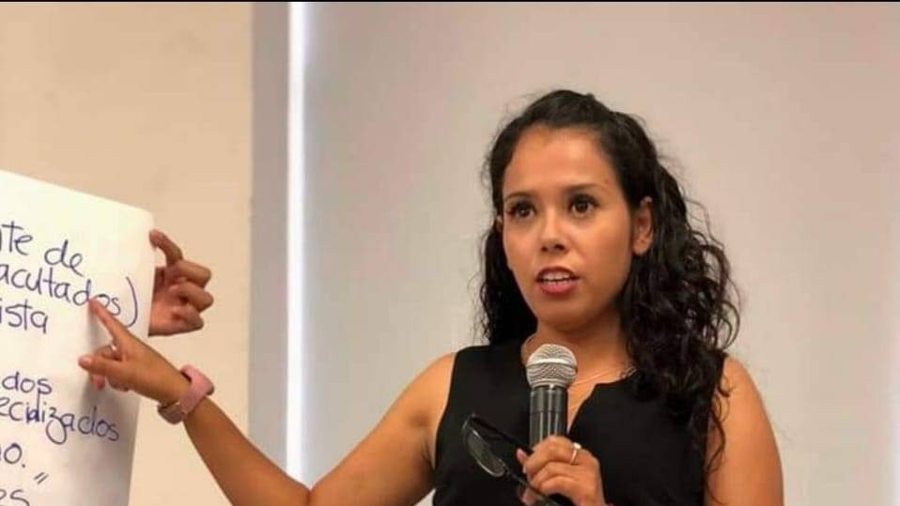 Defender Greace Ivonne Lugo Vargas has been the victim of death threats, harassment, and intimidation due to her active participation in the Attention to Disabled Persons Act consultation process, which took place in San Luis Potosí, in November of 2021. The process has not incorporated any of the observations that Greace made as a representative of the Independent Statewide Monitoring Mechanism of the Convention on the Rights of Disabled Persons (MIME).

Along with several different incidents, on December 12th and 17th unknown persons punched the tires of Greace’s vehicle, and on December 15th, she and her children found that their pet was dead and dismembered. Among the dog’s remains, the defender found a typewritten note that said, “You’re messing with things you shouldn’t. You’d better take care of your family.” On the outside wall a message was written in blood: “You’re next.”

On January 17th, the defender received two more written warnings, including insults and death threats. One of them said, “Mind your own business or you’re going to die.” Another asked, “Do you want your children to be orphans?” Both notes were written on a computer, and in one of them there was a reference to the fate of her pet last December 15th.

Greace has pursued dialogue with members of the Legislature, in which she made many observations in response to questions asked in the consultation. Her signature as a member of the Mechanism was requested to legitimize the consultation, but she didn’t sign. On the contrary, she called for peaceful protests to be held.

On November 12th, during a televised event during the consultation, several men identified as agents of the Ministry of the Interior intimidated and cornered her. When the governor’s wife left the stage to greet members of the audience, Greace and the mothers and fathers who accompanied her held up protest signs. Upon being asked to cease and desist, Greace insisted that they were exercising their right to peaceful protest.

In response to their demand for negotiation, they were granted a meeting with members of the National System for the Integral Development of the Family (DIF), but DIF representatives insulted the mothers and fathers with comments about their low academic level. In the following days, the Ministry of the Interior issued a subpoena for Greace, who attended a meeting with representatives of the Ministry along with another activist.

The intimidation and harassment against Greace has continued during virtual meetings. She suspects that her cell phone has been tapped since November 13 2021, and for this reason has had to seek alternative forms of secure communication. She stated in a meeting prior to a MIME conference via Zoom held on December 3rd, that she had felt intimidated ever since November 12th. She openly spoke about all that had taken place in an effort to frighten her.

We seek a transparent, participatory process in consultations regarding proposed laws in which those affected, especially women defenders, are participants and decision makers without implying that their lives are in any danger whatsoever.

We are concerned about the systematic nature and intensification of the threats and harassment that are placing Greace’s life at risk. It is now especially important to maintain an ongoing awareness of her emotional stability and that of her family.

We call on our allies in the international and national communities to stay alert to this case and shoulder responsibility for Greace at this time of multiple attacks against her. Defending human rights should not endanger the life of any compañera.