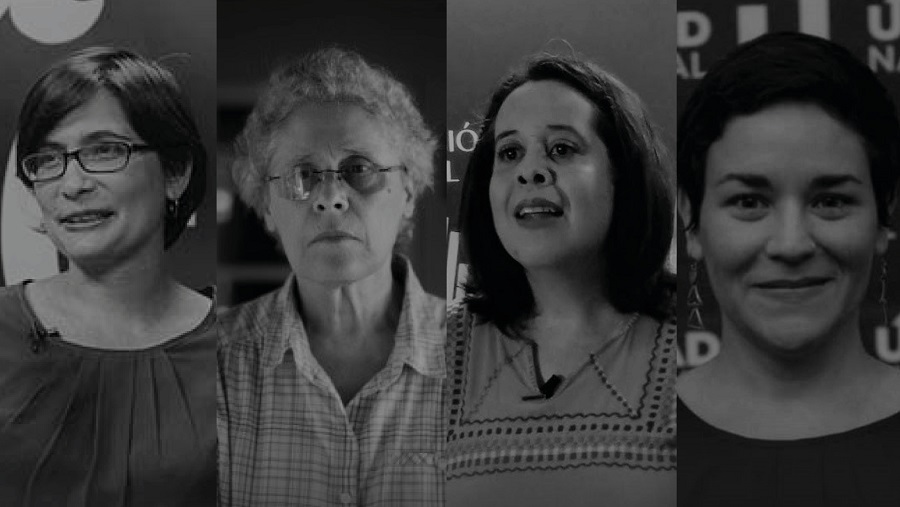 Feminist activists Ana Margarita Vijil, Dora María Téllez, Suyen Barahona, and Tamara Dávila have been imprisoned since last June, when they were violently arrested. All of them experience freedom deprivation and violation of their human rights in conditions which, according to international norms, constitute acts of torture and cruel, inhuman, and degrading treatment.

According to verified information, the four women have been held for more than six months in almost total isolation with restrictions on family visits. This has made it impossible for them to see their sons and daughters and entails constant interrogations, food deprivation or access only to food lacking in nutrients, the absence of adequate attention to chronic illnesses, sensory deficits, and the want of warm clothing, among other rights violations.

We are especially concerned about the situation of Dora María Téllez, who is held in a men’s prison where the risk of harm is greater for her. This is a clear example of the ruthlessness that Nicaraguan authorities have shown for her and for what she represents as an emblematic Sandinista revolution commander, a fighter for social equality, as well as the rights of women and sexual diversity.

Family members of these defenders and other political prisoners have been subjected to numerous risks and attacks, including obstacles to leaving the country, reprisals, and threats. They also suffer anguish and a highly serious psycho-emotional impact over the fact that their loved ones are obliged to live in a situation of total despotism.

After the electoral farce of last November 7th, fear and silence have deepened in Nicaragua, thereby consolidating the politics of terror imposed by Daniel Ortega and Rosario Murillo. This includes territorial, neighborhood and community surveillance; searches and seizures; financial coercion; harassment; and migrant arrests. Such measures are used against human rights defenders, journalists and anyone seen as a threat to their corrupt, authoritarian, neoliberal, misogynous government.

We of IM-Defensoras condemn the viciousness of the Nicaraguan government against these widely acclaimed feminists and social activists, and call on the international community to extend its solidarity to them, to denounce the situation of torture and abuse that they are experiencing, and to demand freedom for the 167 political prisoners now held captive in Nicaragua.