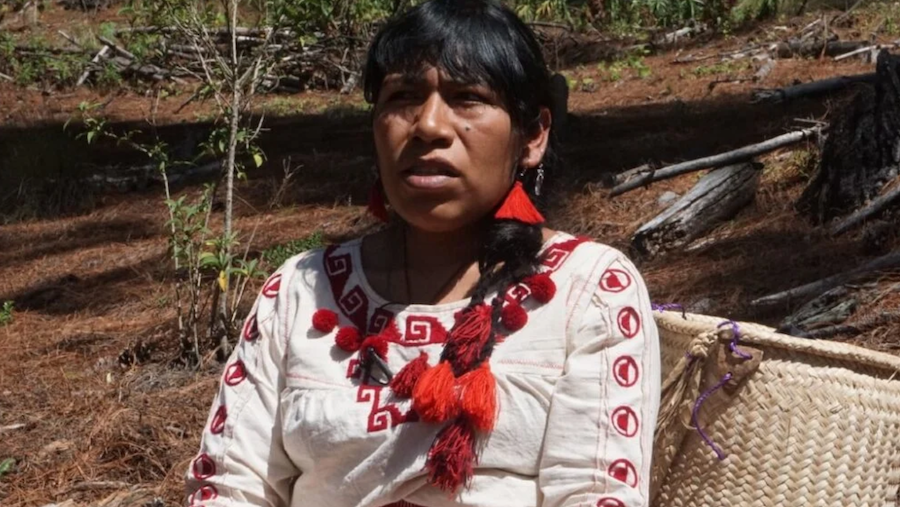 Defender Irma Galindo disappeared on October 27, 2021; it was the last day people close to her knew of her whereabouts. On October 29th, she was supposed to attend a meeting in Mexico City of the Government Mechanism to Protect Human Rights Defenders and Journalists, but she never arrived.   The defender had been fending for herself herself since 2019 due to the lack of government protection mechanisms.

October 27th was also the last day she connected to social networks, where she denounced the conflict that her  Ñuu Savi people are experiencing and pointed out that for more than two years, the state government of Oaxaca has been “applying strategies” that include forced disappearance “that endanger defenders who live in Mier y Terán and  Ndoyonuyuji.”

Since 2018, Irma has faced intimidation by public servants along with harassment, persecution, smear campaigns, and death threats because of her defense of the forests in the municipality of San Esteban Atatlahuca, Oaxaca, México, and her denunciation of logging with the Secretariat of Environment and Natural Resources (SEMARNAT).

Despite these antecedents of multiple attacks, the risk analysis for defender Irma was described as “ordinary” by the Mechanism to Protect Human Rights Defenders and Journalists, which means “she can wait” and “her life is not in danger.”

The defender experienced 4 years of attacks because of her denunciations

In November of 2017, Irma was elected to the position of Alternate Cultural Regent, but was dismissed because of her opposition to logging in the forest of San Esteban Atatlahuca and her denunciation of the fact that the authorities “invested more in the purchase of alcohol than in culture.”

In 2018 Irma began to denounce the existence of a saw mill that was destroying the forest with the permission of federal authorities and the acceptance of local and community authorities. This situation was brought before the Secretariat of Environment and Natural Resources (SEMARNAT), yet no response was forthcoming.

That same year, Irma also lodged a complaint with the Office of Defense of Human Rights of the People of Oaxaca (DDHPO) in Tlaxiaco pertaining to acts of intimidation committed against her by public officials. She also sought relief in the Sub Prosecutor’s Office in Tlaxiaco, where there was no follow-up on the complaints she filed.

On October 27, 2019, Irma denounced on her Facebook wall the climate of harassment and persecution against her propitiated by Municipal President Heriberto Nicanor Alvaro Galindo and Commissioner Crescenciano Sandoval Quiroz.

On November 10, 2019, her home was set afire, and at that time she felt obliged to go into hiding for several days. On the same date, around ten other homes were also burned in her community. The Municipal President and community authorities were deemed responsible for this aggression.

Last October 23, 2021, there were armed attacks in the villages of San Esteban Atatlahuca, which forced hundreds of people to leave their homes and dozens of girls, boys, and older adults to stay in improvised encampments in the communities of Mier y Terán and Ndoyonuyuji.

We demand that Mexican authorities conduct a rapid, independent investigation that guarantees the live appearance of defender Irma Galindo. We ask the international community and our allies to stay on the alert for this situation and to help us demand Irma’s appearance alive.