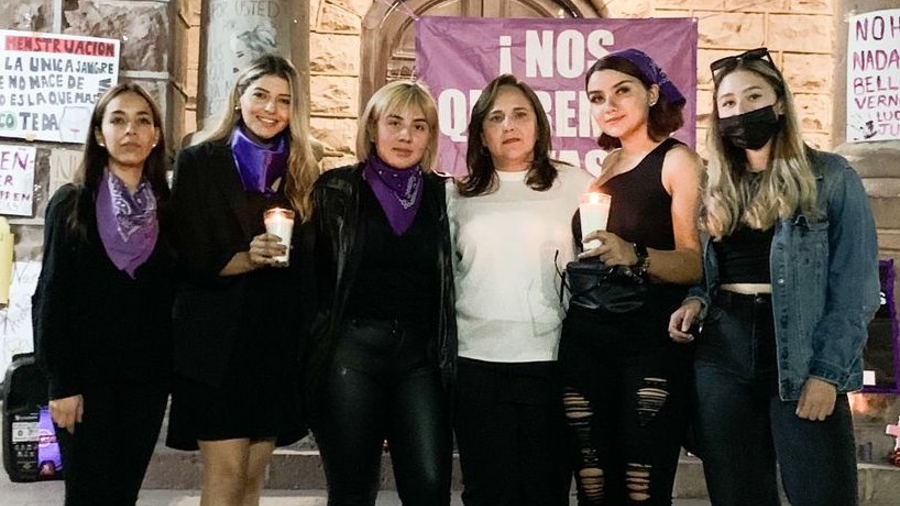 Organization
Feminists of the Sea Collective

Marisol Cuadras, a young, 18-year-old feminist activist who was participating in a peaceful demonstration along with the Feminists of the Sea Collective on the International Day for the Eradication of Violence against Women, was hit by gunshots from a group of assassins attacking government offices in Guayma, Sonora.

While Marisol and her comrades of the Feminists of the Sea Collective conducted a peaceful, symbolic takeover of government offices, the Mayor of Guayama and other officials including the Chief of Police approached them, initiated a brief dialogue, and took some photos with them.  At that very moment, a group of gunmen bearing long arms and hand grenades broke into the area, firing directly at the offices where the activists were demonstrating. Marisol was shot down in the crossfire between the assassins and the security forces repelling the attack. According to the commanding officer of the Secretary of the Navy, José Rafael Ojeda Durán, the attack was allegedly directed at the municipal Chief of Police.

What happened in Guaymas on a date as significant for women throughout the world as November 25th, is a brutal example of the level of insecurity and risk faced by Mexican women. In this case a young activist who had gone to a public space to raise her voice, asserting that “We want ourselves alive” was killed in the crossfire between assassins and security forces.

It is important to note that the women of Guaymas have been dealing with a situation of violence and feminicides to the extent that last August, a Gender Violence Alert was issued in the city. Thus, we see that the feminicide of Marisol Cuadras is neither fortuitous nor collateral damage, but instead an expression of the  feminicidal violence that besets women.

We of IM-Defensoras and the National Network of Women Human Rights Defenders in Mexico stand in solidarity with the family of Marisol and with her comrades in the Feminists of the Sea Collective, who have experienced moments of anguish and also seen their lives exposed to the danger of death. We demand that the responsible authorities conduct a thoroughgoing investigation into the facts of the case, and that they guarantee that justice is done and that reparations are made for all harm done.