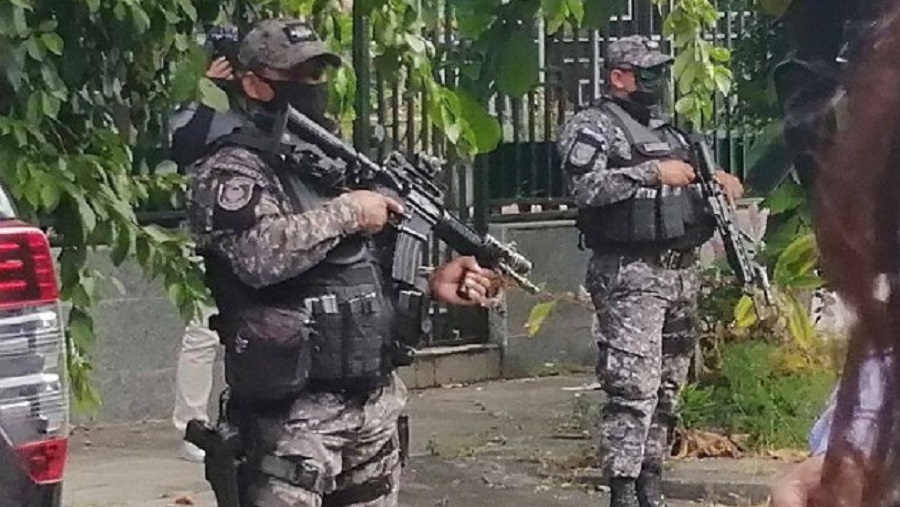 The raid, authorized by the  First Peace Court of San Salvador, was approved on Sunday, November 21st, to “investigate  the crime of embezzlement”. Nevertheless, as stated by the FGR through its Social Media, these raids also occur within crime investigations, such as “illicit negotiations, malfeasance, and arbitrary acts” .

The search warrant includes an authorization for the Technical Analysis of Investigation and Information Unit’s experts to extract digital information stored in electronic equipment, including access to sensitive information regarding human rights violations registries, as well as other personal information.

The police and the army’s involvement in these arbitrary acts is extremely violent and evidently looking to intimidate. We are concerned that the dissemination of this situation in the FGR’s Social Media accounts has led to  many misogynous reactions and attacks from users that tend to stigmatize organizations and their members.

This situation places the organizations at a higher risk and vulnerability situation, and represents an example of the ongoing systematic attacks  against digital defenders, especially against women, persons with dissident sexual orientations, gender identities and feminists.

This arbitrary action took place only one day before the Legislative Assembly of El Salvador may pass the “Foreign Agent Law,” which, as we recently reported, poses a serious  threat to the free exercise of the human rights defense in El Salvador by including legislation aimed at controlling, regulating, and, where applicable, criminalizing human rights organizations and social movements in the country.

We, the Salvadoran Network of Women Human Rights Defenders and IM-Defensoras report this raid and the intent to criminalize these 7 organizations, which hold a widely recognized history of human rights promotion and defense in El Salvador. We also demand guarantees for the constitutional rights and the moral and physical integrity of all who are under attack.

We call on the international community to report this abuse and to stay abreast of what is happening in El Salvador. The government’s authoritarian shift is placing the security of human rights defenders at risk along with the ongoing work of rights organizations in the country, severely limiting the right to defend human rights.