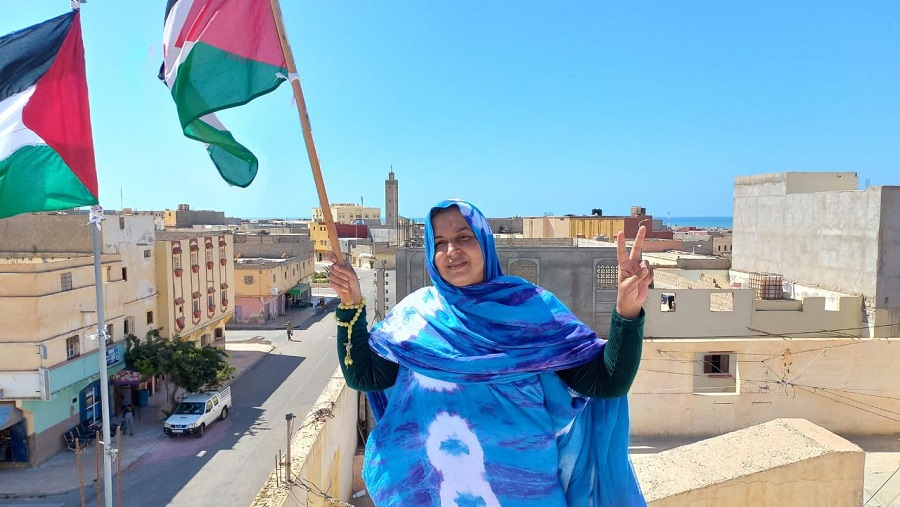 Since November of 2020, the Moroccan police has subjected the residence of Saharaui woman defender Sultana Jaya to constant besiegement and surveillance in the city of Bojador, located in the territories occupied by Morocco in the Western Sahara. These actions that, in fact, involve a situation of house arrest, have taken place without any court order or legal basis whatsoever.

The defender, her family, and other related persons have also been subjected to physical and psychological abuse and to illegal searches of their residences by the police. After one of these attacks perpetrated in August, 2021, the defender was infected with the coronavirus and suffered a highly serious case of COVID-19 that put her life at risk.

Sultana Jaya is a widely acclaimed defender of the right to self-determination of the Saharaui people and of the liberation of the territories occupied by Morocco in the Western Sahara. This year she was one of the contenders for the   Sakharov Prize for Freedom of Thought granted by the European Parliament. The attacks against her have intensified in the context of the armed conflict between the Polisario Front and the Moroccan State, which was reactivated last November.

We Mesoamerican women defenders organized in IM-Defensoras stand in solidarity with our comrade Sultana Jaya and demand an immediate end to the acts of besiegement and aggression against her and her family. We hold the Moroccan State responsible for any violation whatsoever of her physical and psychological integrity.

We demand that the Spanish State comply with its responsibilities as the administrative power in the territories occupied by Morocco in the Western Sahara, and in particular, that it guarantee the protection of Sultana and her family.

We call on the international human rights community and on the feminist movements in the world to get to know her situation and that of her people, to stand in solidarity with her, and to join in the demand that the Moroccan State put an end to its aggression against her.