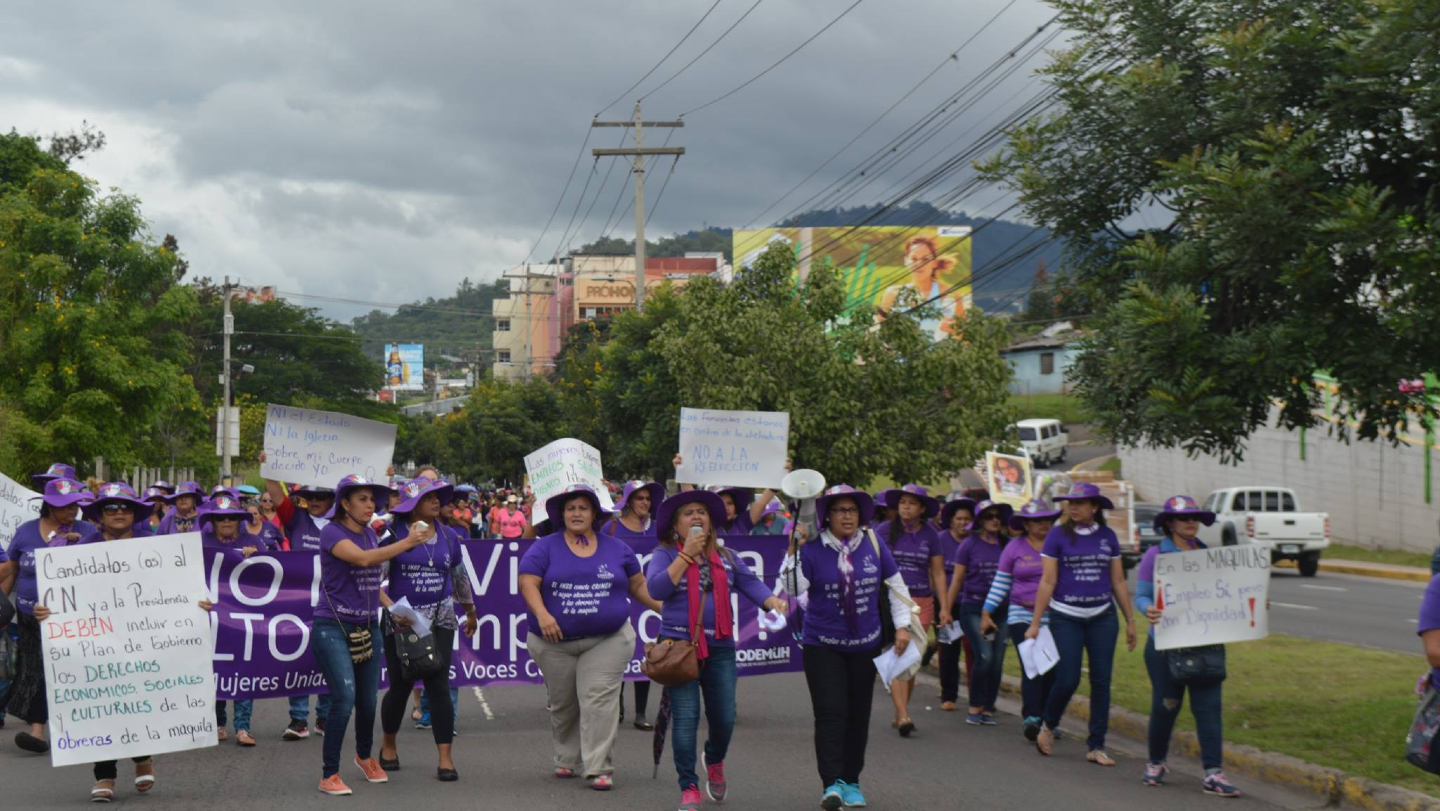 On Thursday, October 7, the Honduran National Congress, in a decision not open to discussion, approved a number of reforms to the Code of Criminal Procedure that impose heavier penalties for offenses such as usurpation and forced displacement, generally utilized by the State and extractive companies to criminalize social protest and the defense of human rights, especially against women defenders of land and territory belonging to campesina organizations, indigenous and Garifuna peoples, and social movements.

We recall that such penalties have been used this year to arbitrarily arrest, criminalize, and prosecute Garifuna women defenders belonging to the Black Fraternal Organization of Honduras (OFRANEH), including Marianela Solórzano,  Jennifer Solórzano, and Silvia Bonilla, as well as defenders in other parts of the country.

It is also a matter of concern that these reforms have been passed just two months before the country’s General Elections, which may give rise to massive public demonstrations like those that took place in the context of the 2017 elections. At that time the State violently repressed the demonstrations and committed highly serious human rights violations   against the civilian population. In this regard, several international human rights entities such as the UN High Commissioner for Human Rights (UNHCHR), have warned of the threat that these reforms represent   to the legitimate exercise of social protest and the defense of human rights.

We of IM-Defensoras and the National Network of Women Human Rights Defenders in Honduras denounce this recent arbitrary measure of the Honduran government aimed at bolstering  the repression of social protest and the criminalization of the legitimate exercise and defense of human rights in the country.

We call on the international community to join us in this denunciation and to follow the situation in Honduras in the weeks prior to the elections scheduled for November 28, 2021.