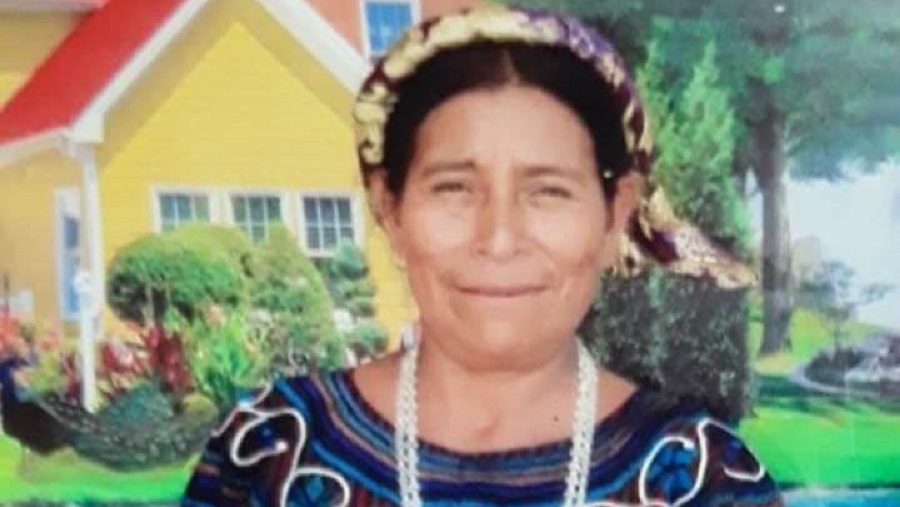 After spending 10 months of preventive detention in the Women’s Detention Center in the city of Quetzaltenango in conditions of confinement that heavily impacted her state of health, preventive detention was revoked and replaced by house arrest on August 17, 2021, in an interim hearing of the First instance Criminal, Drug and Environmental Court in Santa María Nebaj.

Sebastiana Pablo Hernández De Lorenzo, is a Maya K´iche´ leader in the municipality of Joyabaj, Quiché. She speaks only the K’iché language and is Vice President of the Street Vendors Association in her town, where she oversees actions initiated by the Mayor of Joyabaj, Florencio Carrascoza.

Sebastiana’s work in defense of human rights involves a clash with the interests of Florencio Carrascoza Gáme, named on the U. S. State Department’s “Engel List” that compiles acts of corruption by high-ranking Central American officials.

The position of judicial and ministerial authorities in Sebastian’s case has been vehemently challenged, and the resolution of the case announced on August 17 may well have resulted from a lack of judicial Independence involving an extremely serious sentence.

We of IM-Defensoras reiterate our rejection of the wrongful, baseless criminalization process that continues against Sebastiana Pablo Hernández De Lorenzo and denounce its arbitrary nature.

We demand an immediate end to the criminalization of Sebastiana Pablo Hernández De Lorenzo and call on the international community to join in this demand, shoulder responsibility, and express solidarity with the defender.