[Urgent Alert] GUATEMALA / Judge orders trial to begin on November 8, 2021, for María Cuc Choc, criminalized since 2018 for defense of the land 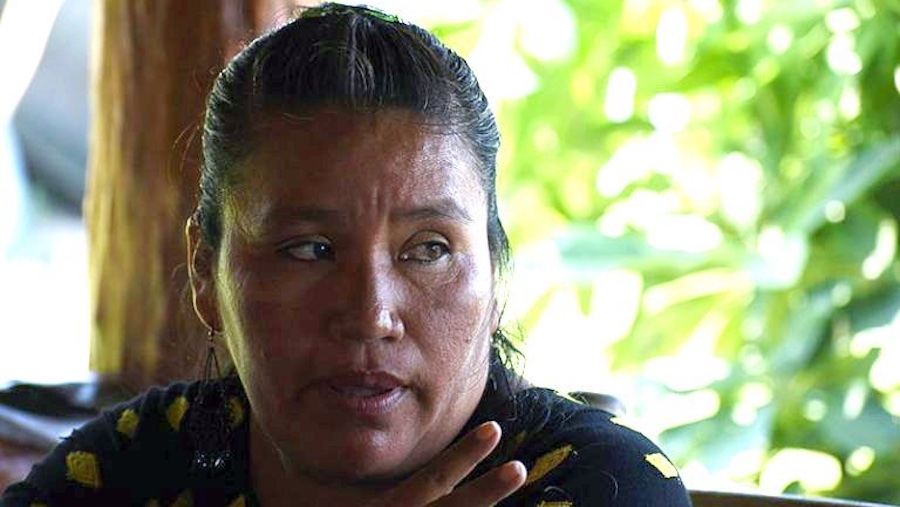 Last Tuesday, August 3rd, after an evidentiary hearing, the judge of the First instance Criminal, Drug and Environmental Court in Izabal decreed the beginning of the trial, next November 8th, of defender María Magadalena Cuc Choc, who has been facing criminalization for defending the land since 2018.

On January 18, 2018, María Cuc Choc was arbitrarily arrested and charged with crimes of illegal arrests, aggravated usurpation, and threats.  More than two years later, on September 11, 2020, the judge decided to put María on trial without presenting  evidence to justify his decision and without having a well-founded reason for it.  He sought to suspend the hearing previously established for that date with the fortunate outcome that the private prosecutor of the Lisbal company, who had consistently requested the suspension of hearings, would be left out of the criminal proceedings.

The judicial proceedings against María have been extended through repeated arbitrary suspensions of hearings, thereby prolonging the impacts of criminalization on the life of the defender. In this regard, the UN Committee against Torture has affirmed that the excessive prolongation of the condition of the person indicted, even in case the individual is not being deprived of freedom, constitutes a form of cruel treatment. (A/53/44).

María Cuc Choc is an acclaimed defender of the rights to land and territory of the Q’eqchi’ culture. She has supported the resistance of communities that have suffered violent evictions and served as a translator for communities and women survivors of violence.  She has participated in processes seeking justice, in criminal trials, in cases of evictions, and in the defense of communities resisting mining companies and those based on monoculture production.

We of IM-Defensoras hereby reiterate our repudiation of the baseless criminalization process faced by María Cuc Choc and denounce its excessive, arbitrary prolongation.

We demand an immediate end to the criminalization of María Cuc Choc and call on the international community to join us in making this demand, shoulder responsibility, and express solidarity with the defender.