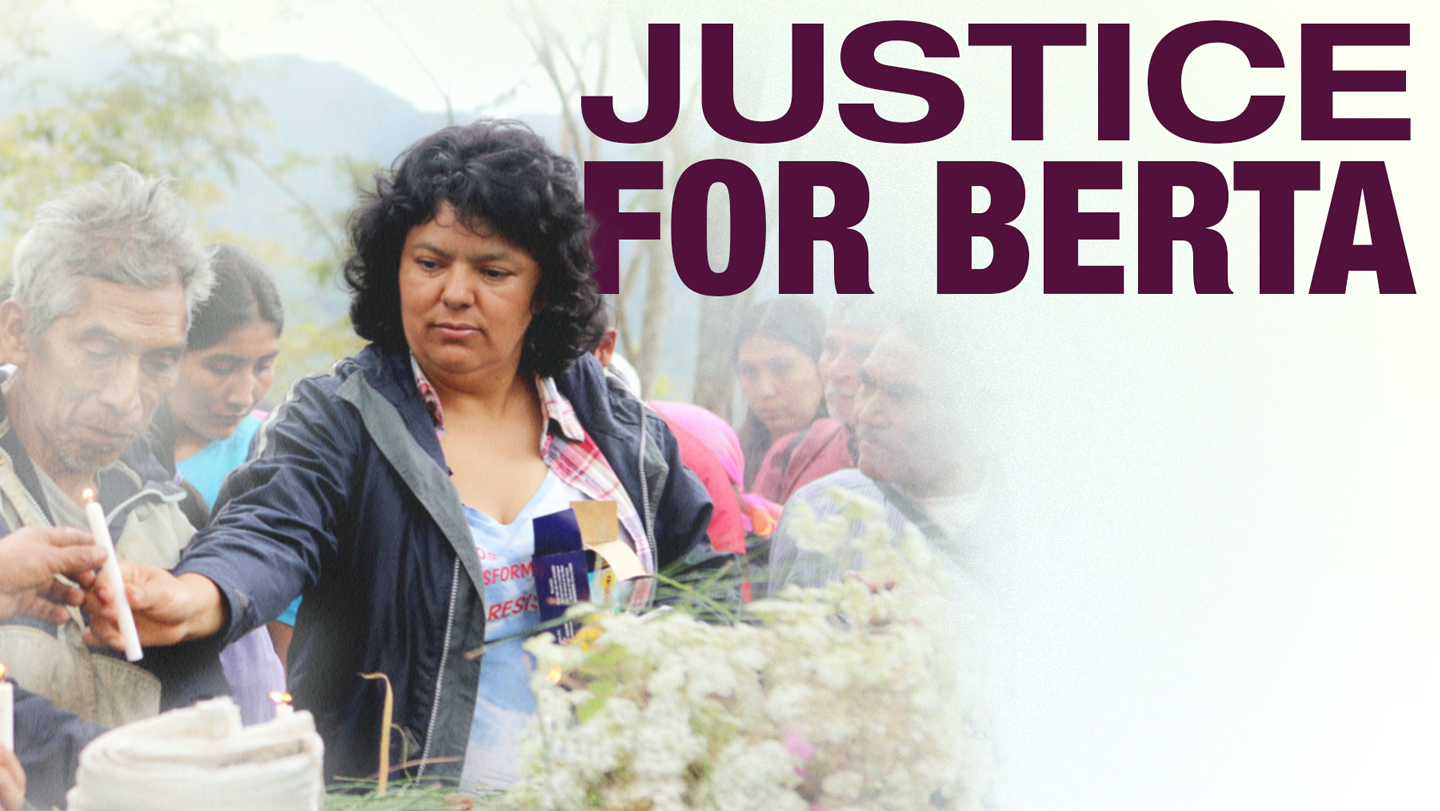 After five years awaiting justice in the assassination of our sister Berta Cáceres Flores, today July 5th, 2021, we are celebrating in the streets, on social media, in the courts and in our communities. Thanks to the tireless struggle of Berta’s family and COPINH, one of the co-authors of this atrocious assassination will finally have to answer for his actions, and with that the door is open for all people and structures implicated in this assassination to be judged. Today another step has been taken to confront the unjust patriarchal, capitalist, and racist systems that rob the life of our sisters.

Throughout the almost three months of hearings, it has been shown that Roberto David Castillo Mejía closely interacted and communicated with the material authors of the assassination of our sister and with members of the Atala family. The result of these communications was to plan, coordinate and execute the crime.

The assassination of our sister Berta Cáceres is the expression of an ongoing reality in our Mesoamerica. Since Berta’s passing to date, according to data from our regional registry of aggressions against women human rights defenders (WHRDs), at least 21 women defenders of territory have been killed in our region: 4 in Nicaragua, 2 in Guatemala, 1 in El Salvador, 8 in Honduras and 4 in Mexico. Women defenders of territory are facing the voraciousness of companies that along with complicity and support of governments, provoke dispossession, violence and environmental devastation of their land and territories to impose their interests. The women and their communities carry alternative paradigms to extractive capitalism that are vital to safeguard life all over the planet.

To achieve justice for Berta is to open paths of hope for all our sisters defending territory, for all the communities in struggle and for the Indigenous Peoples who have been continuously threatened and attacked; for the sisters – who like Berta – have been defamed, criminalized, and attacked for being women, and whose families have been threatened. To achieve justice for Berta is a step forward to put an end to the prevailing impunity in cases of violence against WHRDs in our region.

As such, along with our sisters within the National Network of Honduran WHRDs, we join in this sad joy of achieving a small yet defining victory for her cruel assassination. We embrace COPINH and Berta’s family, and share our recognition, gratitude, and solidarity.

This act of justice does not bring back our sister, nor does it calm the indignation that consumes us since her assassination, but it makes it possible for truth to be recognized and to dignify Berta’s memory and the importance of her struggles. It is a victory that fills us with hope in different corners of the world. Since Berta’s passing, that March 2, 2016, we reaffirm that justice must be for the people, for women, for rivers and for Mother Earth, for those who defend life against deceptive dispossession of racist and patriarchal capitalism.

We know that #FaltanLosAtala (the Atala are missing), but we remain steadfast to demand full justice for Berta, her family and COPINH.