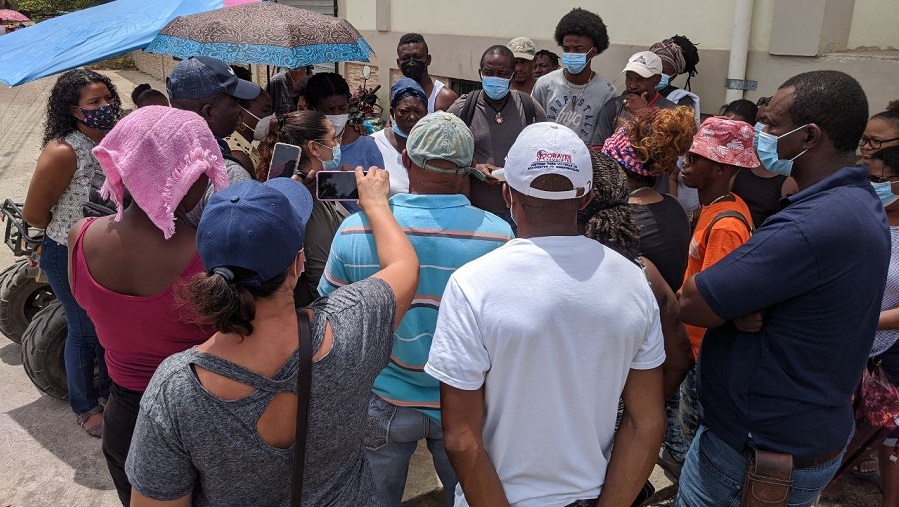 Last Wednesday June 16th, Silvia Bonilla Flores, a 73-year old defender of ancestral Garifuna territories, was detained by the National Police while riding on a bus in the town of El Porvenir in the Atlántida province. Silva was later taken to the police station in Trujillo, Colón, where she was deprived of her freedom until the following day. After sentencing her to house arrest for the alleged offenses of damages, threats, robbery and land takeovers, a judge scheduled a court hearing for the following June 29th and 30th.

Silvia Bonilla is one of 32 persons of the Garifuna community named in arrest warrants for defending ancestral territories from the territorial plunder carried out by the Juca Real Estate Company in complicity with the Honduran government even though the ownership of more than 7,000 hectares in the Cristales and Río Negro communities is substantiated by ancestral property deeds. In March of this year, defenders Marianela and Jennifer Solorzano were also arrested and criminalized and now face trial under the same charges.

We of the National Network of Women Human Rights Defenders in Honduras and IM-Defensoras reiterate our repudiation of the systematic persecution experienced by the Garifuna people and the constant violence faced by our OFRANEH comrades: We condemn the detention and criminalization of Silvia Bonilla and hold the government of Honduras responsible for any negative impact that these actions may have on the life, health, and integrity of the defender, her family, and her community.

We call on the international community to stay on the alert with regards to this situation, and express our solidarity and support with the criminalized women defenders, OFRANEH, and the Garifuna communities.