[Urgent Alert] EL SALVADOR / After a blow against democratic institutionality in El Salvador, we send out a call for the protection of women defenders and journalists. 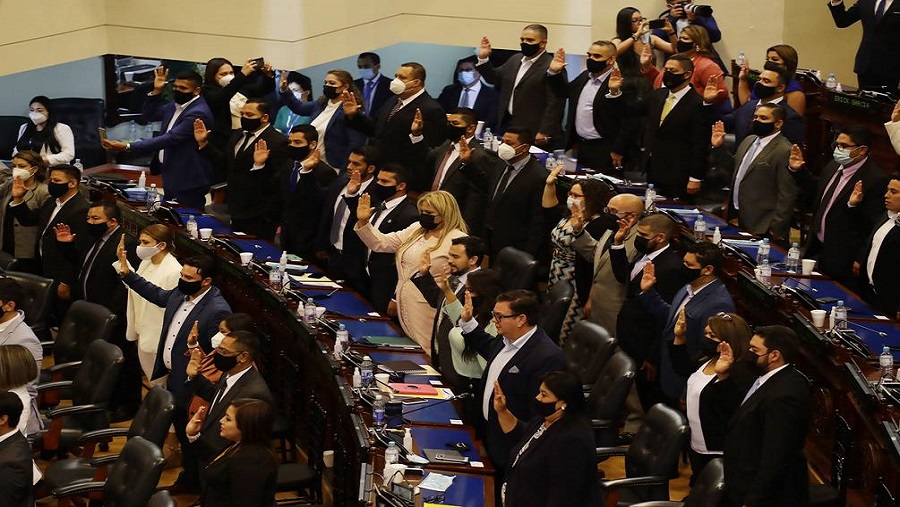 On Saturday, May 1st,  the current President of the regime in El Salvador, who has the support of the majority in the Legislative Assembly, approved actions such as the dismissal of five  regular and alternate magistrates of the Constitutional Chamber and chose their replacements. He also dismissed the nation’s Attorney General and replaced him. Both actions fly in the face of established constitutional procedures for designating these positions, including the public presentation, nominations, interviews and proof of the morality and eligibility of the candidates.

In this context, the response of the President of El Salvador is no less serious and alarming with regards to the immediate, massive rejection of his actions. This was his message posted on Twitter “(…) We´re cleaning house… and it’s none of your business”.

We, the women human rights defenders in México, Honduras, El Salvador and Nicaragua who make up the Mesoamerican Initiative of Women Human Rights Defenders  (IM-Defensoras) hereby express our concern and rejection of these actions, which entail a violation of the rule of law and the separation of powers and jeopardize the constitutional rights of the people. They may, in fact, pose an attempted coup d’état

This situation accentuates the lack of protection ot women human rights defenders in El Salvado, especially in a situation with a number of foreseeable legitimate expressions of rejection and social protest concerning this strike against democratic institutions, both in the streets and in social networks and news media.

As we, along with the Salvadoran Network of Women Human Rights Defenders, have been warning, the current government has been orchestrating smear campaigns and encouraging or tolerating hate speech against women defenders, human rights organizations, and independent news media, often using misogynous messages. In the month of March alone, we registered 25 attacks against women human rights defenders, 20 of which took place during the activities for the commemoration of International Women’s Day on March 8th. These included repressive actions against demonstrators and smear campaigns against groups demanding the sexual and reproductive rights of women.

We of IM-Defensoras and the Salvadoran Network for Women Human Rights Defenders hereby send out an urgent call to the international community to condemn this authoritarian regression in a country whose recent history is marked by the devastating impacts of war and continues to be one of the most dangerous countries in the world for its people, and especially for women.

Likewise, we urge all Inter-American and worldwide human rights organizations to observe and denounce this repression and to activate protection mechanisms for women human rights defenders, their organizations, and communities, as well as for truly progressive journalists and new media.