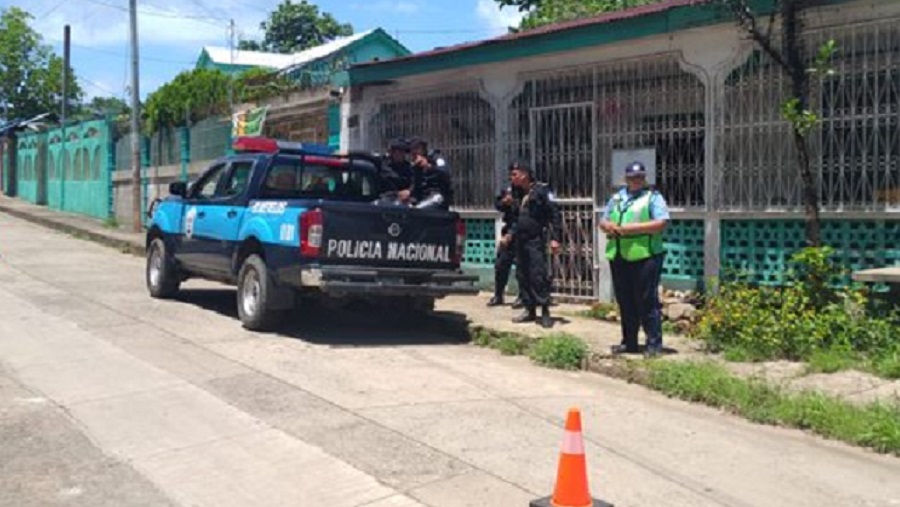 Since last April 18th, in the context of the commemoration of the anniversary of the social uprising of 2018, the police harassment of women activists, journalists and human rights defenders has intensified. Such harassment has taken place repeatedly and systematically along with restrictions on freedom of movement and acts of surveillance, persecution and illegal home retentions for as long as a week, all with the aim of preventing women defenders from mobilizing to pursue their legitimate right to protest.

According to the denunciations of women defenders, agents of the National Police arrive at their homes early in the morning in patrol trucks, sometimes accompanied by para-police groups. They put cones in front of their houses and take photographs and videos of them and their family members.  Moreover, they have told the defenders that they have orders to keep them from leaving their homes, thereby hindering the exercise of their rights and those of their families.

We of IM-Defensoras hereby express our repudiation of these totally arbitrary and illegal actions that violate rights guaranteed by the laws of the country and international human rights norms and make a serious negative impact on the daily lives of Nicaraguan women defenders and their families.

We are concerned about the escalation and normalization of these acts of surveillance and harassment and demand an immediate end to them. We hold the Nicaraguan government responsible for any impingement whatsoever on the integrity and security of women defenders and their families.

We send warm embraces and solidarity to these comrades, activists, journalists, released political prisoners, and women human rights defenders. In spite of the difficulties and constant harassment that they and their families experience, they never hesitate in their honorable, legitimate work for a better country as they construct community and establish a collective policy that protects and sustains life.

We reiterate our call to the international community to express solidarity with them and keep an eye on the situation in Nicaragua. Three years after the social uprising, the authoritarianism of the government, expressed through the political persecution and criminalization of any critical voice whatsoever, police violence, and the repeated systematic violations of the most basic human rights, continues to deepen the grave socio-political and human rights crisis in which the country is submerged.