[WHRD Alert] NICARAGUA / National Police intensify campaign of harassment and attacks against members of the April Mothers Association and CENIDH. 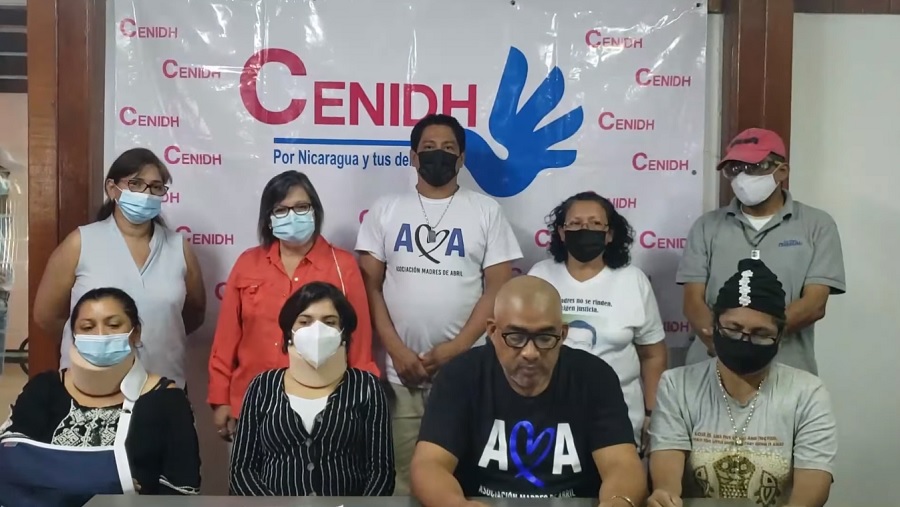 Activity
The right to truth, justice and reparations; the right to defend rights.

During the last week, coinciding with the recent commemoration of the third anniversary of the social uprising of 2018 in Nicaragua, we of IM-Defensoras have denounced repeated police attacks against members of the April Mothers Association and the Nicaraguan Center for Human Rights.

Last April 20th, just a day after police agents surrounded mothers of the victims of April 2018, harassed them, and decommissioned commemorative books about their murdered children, at least three patrol trucks filled with around 40 police agents of the Office of Special Operations arrived at the home of AMA President Francys Valdivia in order to block a religious service in memory of her brother Franco Valdivia, one of the victims in April 2018.   The agents attacked Francys, her mother, and four other people, illegally detained them, and took them away.  They were released an hour later.

In the offices of the Nicaraguan Center for Human Rights (CENIDH) on April 22, two days later, when the April Mothers Association was about to denounce the April 20th aggression, three police patrol trucks carrying more than 50 anti-riot agents announced their presence and interrupted the work of the CENIDH in documenting the complaint regarding the detention and attacks experienced by AMA members. These hostile acts against women human rights defenders belonging to the CENIDH and AMA are an expression of the overall strategy with which the government seeks to silence the voices of those like the  CENIDH who, despite adversity, continue to defend human rights in Nicaragua.

It is important to note that in the first quarter of the year,   IM-Defensoras has registered approximately 540 attacks against women defenders, including comrades who have been granted precautionary measures by the Inter-American Commission on Human Rights (IACHR) and provisional measures granted by Inter-American Court of Human Rights. The attacks include actions of surveillance and harassment; violations of the rights to freedom of expression, assembly and movement; threats; and persecution. The principal aggressors have been identified as police agents and armed civilian forces.

In view of these acts of aggression, we express our concern for the integrity and security of women defenders and their families, and accordingly, demand respect for their integrity and their rights to freedom of expression and movement. Likewise, we demand an end to the repression and harassment of personas organized in spaces of political activism and participation, especially women and women human rights defenders who are affected by the strategy to demobilize actions involving grassroots organization related to possible elections in 2021.