[Urgent Alert] NICARAGUA / A Call to the International Community to stay alert to heightened repression in the context of the anniversary of the social uprising of April 18, 2018 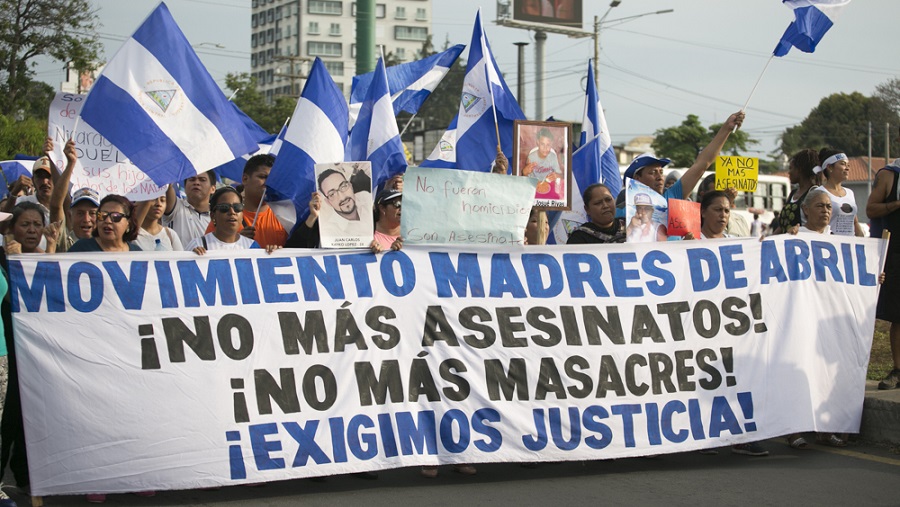 We of IM-Defensoras are deeply concerned about the escalation that we have observed during the last few days in the number and severity of attacks against women human rights defenders in Nicaragua. We understand this tendency of heightened repression as a government strategy to maintain social control and a de facto state of siege in order to hinder any expression of dissidence, protest or commemoration on the anniversary of the social uprising of April 18, 2018.

This tendency of a rise in acts of repression in days previous to, during, and after April 18th has also been observed in recent years, resulting in dozens of people arrested, tried in court, threatened, and wounded. For Nicaraguan women defenders, this has meant a hike in smear campaigns and harassment at their homes, sexualized attacks against themselves and women family members, threats, and heightened militarization to exert control and surveillance in their territories and barrios. One impact of this repression has been a rise in the registered incidents of collective and institutional attacks against feminist and women’s organizations.

In the face of this situation that is an attempt on the life and integrity of Nicaraguan women defenders and their organizational spaces, we are sending an urgent call to the international community to stay especially alert and vigilant to the repressive escalation, attacks, and human rights violations taking place in this context.

We of IM-Defensoras remain vigilant to such incidents and hereby express our recognition, solidarity and support for Nicaraguan women defenders in their righteous, legitimate demands for freedom and justice.