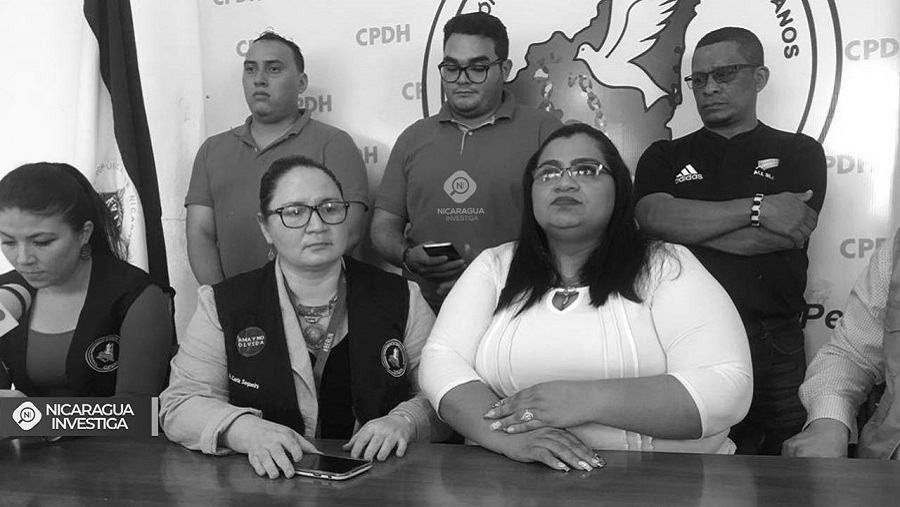 Activity
Lawyer and defender of the human rights of political prisoners.

The Facts – On the morning of March 18th, human rights defender and attorney Yonarqui Martínez was detained by ten agents of the Office of Special Police Operations in the Port of Moyogalpa on Ometepe Island. Even though the lawyer was taking medicine to released political prisoner Justo Rodríguez, the police agents said they had received information that she was carrying alcoholic beverages and drugs.

After an hour and a half, she was obliged to take the return ferry without having been allowed entry to the island. During her entire return trip she was under the custody of police agents. At the Port of San Jorge, she was held once again for approximately an hour.

Yonarqui Martínez is a well-known attorney who, in the context of the sociopolitical and human rights crisis experienced in Nicaragua, has stood out for her accompaniment of political prisoners. For this reason she has been systematically subjected to campaigns of harassment and different kinds of attacks, including criminalization, threats, and detentions. It is important to note that Yonarqui has been granted precautionary measures by the Inter-American Commission on Human Rights (IACHR).

We of IM-Defensoras condemn this aggression and hold the Nicaraguan government responsible for any attack whatsoever against the integrity of Yonarqui Martínez and the three persons accompanying her.

We demand an immediate end to the violence perpetrated by the State and by groups aligned with the government against persons who defend human rights and participate in acts of solidarity in Nicaragua.

We call on the international community to continue to keep an eye on the situation in the country, where the crisis that began in April of 2016 is still in forcé. The rights of the people are systematically violated and repressed at the same time that highly serious restrictions persist on the freedom of expression and the right to information, as well as on the right to freely defend human rights.