[WHRD Alert] NICARAGUA / Feminist defenders and collectives face at least 16 attacks within the framework of the 8th March. 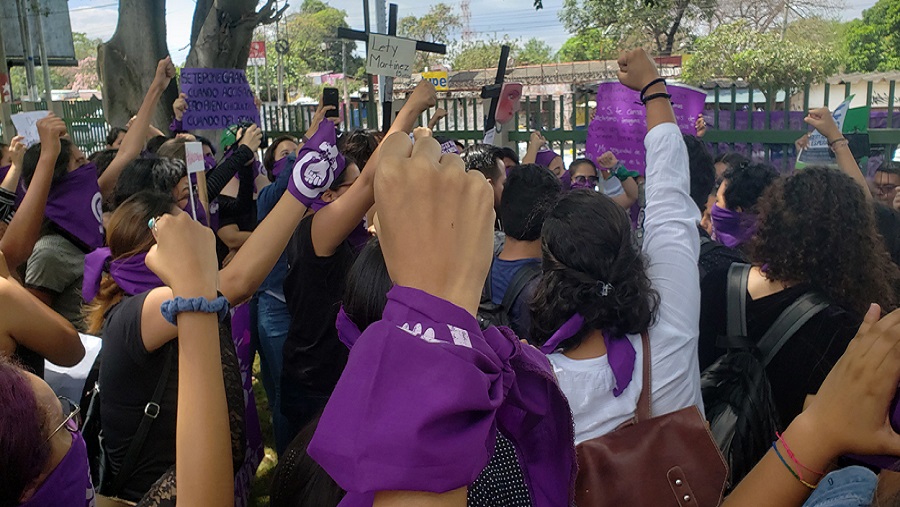 THE FACTS – In the context of the March 8th commemoration in Nicaragua, we of IM-Defensoras have registered at least 16 incidents of repression against 20 women human rights defenders, including comrades who have been granted precautionary measures by the Inter-American Commission on Human Rights (IACHR); also registered are acts against two networks of women defenders and feminist collectives, as well as others against a group of families of women political prisoners.

These attacks have been registered in different municipalities of the country, including Managua, Tipitapa, Somoto and Estelí, and consist of acts of surveillance and harassment, threats, and impingement on the rights to freedom of expression, association, and movement. The main perpetrators of these attacks have been identified as police agents and armed individuals dressed in street clothing.

Furthermore, during the March 8th commemorative events, President Daniel Ortega, spoke on national news networks, sending out defamatory messages with a stigmatizing effect. In these, he accused civil society organizations of laundering money for terrorist activities to destabilize the country, and threatened to implement the Law for the Regulation of Foreign Agents. This law has been widely denounced by national and international organizations for violating human rights and for being one more instrument of repression and criminalization.

In his statements, Daniel Ortega also noted that in Nicaragua the right to freedom of expression is guaranteed, thereby publicizing a message that is contradictory to reality in the country and to acts that we ourselves have denounced. We will be on the lookout for this kind of narrative aimed at normalizing and concealing the persecution and repression faced by women defenders.

In spite of the persecution and violations of the right to protest that we have been experiencing for years, Nicaraguan feminist collectives and women defenders have once again found different ways of raising our voices to break with the repressive blockade.

We of IM-Defensoras acknowledge and support our Nicaraguan comrades who, despite the repression, have never stop defending the rights of women and denouncing repressive, patriarchal violence against them. We urge the international community to underscore this acknowledgement and to stay on the alert for persecution and repression against the women and collectives defending human rights in Nicaragua.