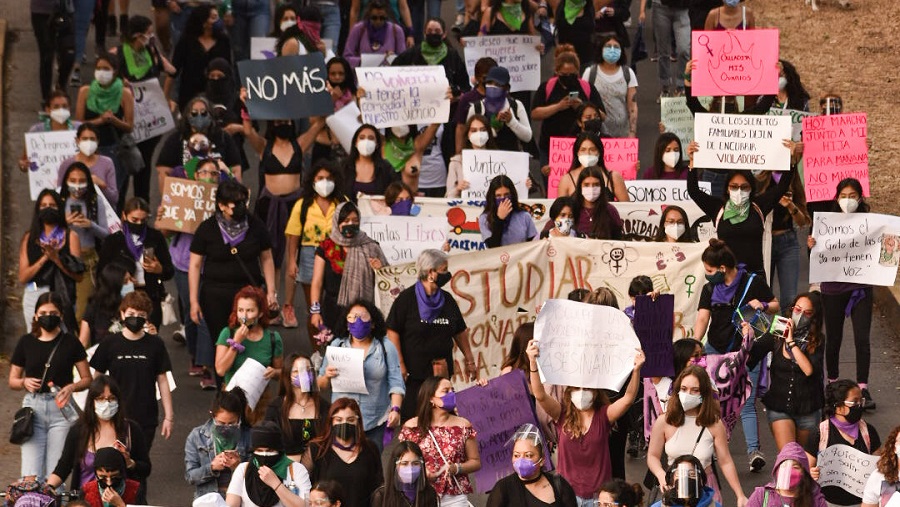 On March 9th, national and local news media published material identifying our comrades  Zavine M. and Cinthya R. as being infiltrators responsible for disturbances and violence during the March 8th commemoration in Puebla.

This material referred to statements made by representatives of REDefine Puebla, one of the statewide chapters in the network of young activists for sexual and reproductive rights of the Simone de Beauvoir Leadership Institute.

The media identified both comrades as government workers; in fact, both hold honorary positions on councils of citizen participation, but have no work relationship with the Puebla City Hall.

In December of 2020, Cinthya R., as spokeswoman of REDefine Puebla, participated in workshops and negotiations with government representatives in an effort to come to signed agreements.  Since then, acts of intimidation and accusations against the collectives have been denounced, which is a significant precedent indicating a pattern of violence.

Zavine M. and Cinthya R. participated in activities on March 8, 2021, but did not join in the disturbances that took place in connection with the protests.