[WHRD Alert] NICARAGUA / With harassment, police persecution and numerous restrictions on the performance of her work, authorities have violated Marisol Balladares’ right to inform on the situation of persons stricken by Hurricane Eta. 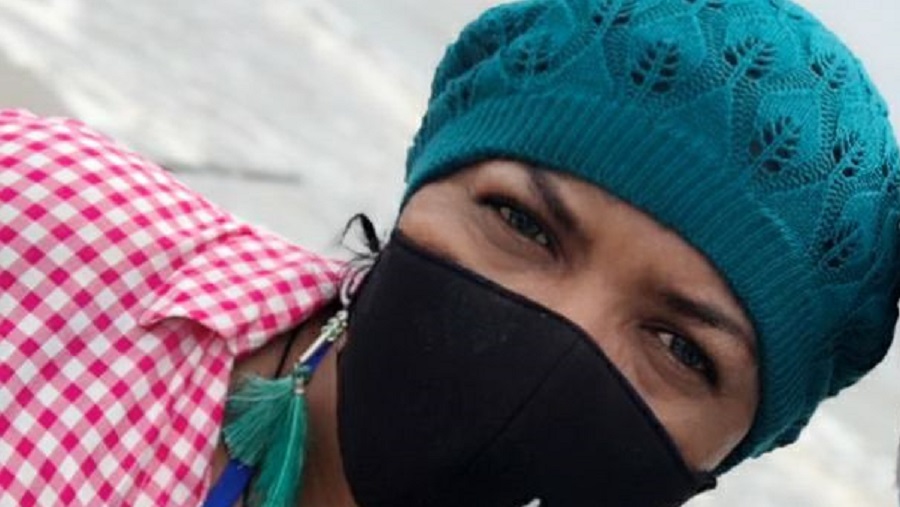 Actividad
The rights to information and freedom of expression

THE FACTS – Last November 8th, the journalist and lawyer Marisol Balladares Blanco, accompanied by her cameraman  Fernando Duvan Rivera, left Managua for the Caribbean Coast with the intention of giving  journalistic coverage and fostering humanitarian aid to persons hard hit by Hurricane Eta. She has denounced the fact that since then, she is constantly subjected to harassment, rights violations, and persecution by the police and other government agents.

The journalist reports that, during their trip, she and her cameraman were arbitrarily detained at 145 police roadblocks, where they were questioned and their belongings were searched. Once they arrived at a shelter on the Northern Caribbean Coast for personas affected by the hurricane, they were denied entrance on the pretext that only government officials were allowed to go inside.

On November 10th, after convincing the Director of the shelter to approve their request for access, they were prohibited from taking cameras in with them. When they began using their cell phones to document the reality experienced by the persons at the lodge, officials detained then and issued an order that blocked their exit. Once they were able to leave in their vehicle, the police followed in hot pursuit, which they were able to circumvent. Nevertheless, information in circulation points to the alleged existence of an arrest warrant issued for Marisol Balladares and her cameraman.

These acts of persecution and harassment are aimed at limiting the journalist’s freedom of expression and the right to information of the Nicaraguan people regarding the responsibility and negligent response of the State to the humanitarian emergency caused by Hurricane Eta. The acts have taken place in the context of the constant attacks against news media, activists, organizations and human rights defenders in the country, and in the last few days have been aimed at personas lending humanitarian aid to the persons and communities seriously damaged by the storm.

We of IM-Defensoras express our solidarity with Marisol Balladares and denounce the attacks that place her personal integrity at risk and violate her right to freedom of expression and the right to engage in her journalistic work and humanitarian endeavors.

We reiterate our call to the international community to closely follow the situation in Nicaragua in this new phase of persecution against the news media, organizations, and human rights defenders, and demand an end to the repression.