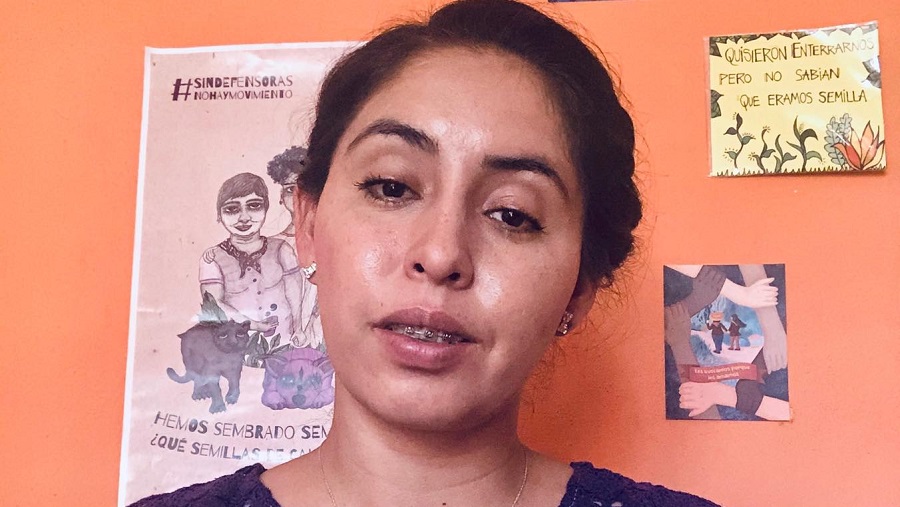 THE FACTS – Defender Laura María Orozco, together with her own family and members of the Families Walking for Justice Collective, has been the constant object of acts of police surveillance, intimidation and harassment due to her work in defense of the right to truth, justice and reparations for victims in the state of Michoacán, Mexico.

The attacks have not ceased despite the fact that Laura and her family have lived in forced displacement because of the high-risk situation imposed upon them since 2007, when her brother, José Orozco, was arbitrarily arrested by Army troops and imprisoned for five years before being acquitted. Afterwards, her father and two other brothers were forcibly disappeared, and a number of her family members have been the targets of threats, illegal arrests and attempted murder.  These attacks have taken place during the involvement of the family in avocado production in a struggle to defend their territorial ownership and the pursuit of their agricultural activity.

The attacks against Laura and her family, as well as those against the Families Walking for Justice Collective, to which they belong, have become especially stark as they seek truth and justice for their forcibly disappeared family members, plunging all participants into an extremely high-risk situation. It is important to remember that in July of 2017 Collective member Zenaida Pulido was killed.

We of IM-Defensoras and the National Network for Women Human Rights Defenders in Mexico hereby demand that authorities at all levels in the state of Michoacán and in the federal government put an end to the highly serious attacks against defender Laura Orozco, her family, and the Families Walking for Justice Collective; moreover, we demand guarantees for their safety and security and for their ability to continue working in defense of human rights.