[WHRD Alert] MEXICO / Intimidation, threats to run over demonstrators, and incitement to violence against participants in the March of the Catrinas last October 31 in San Cristóbal de las Casas. 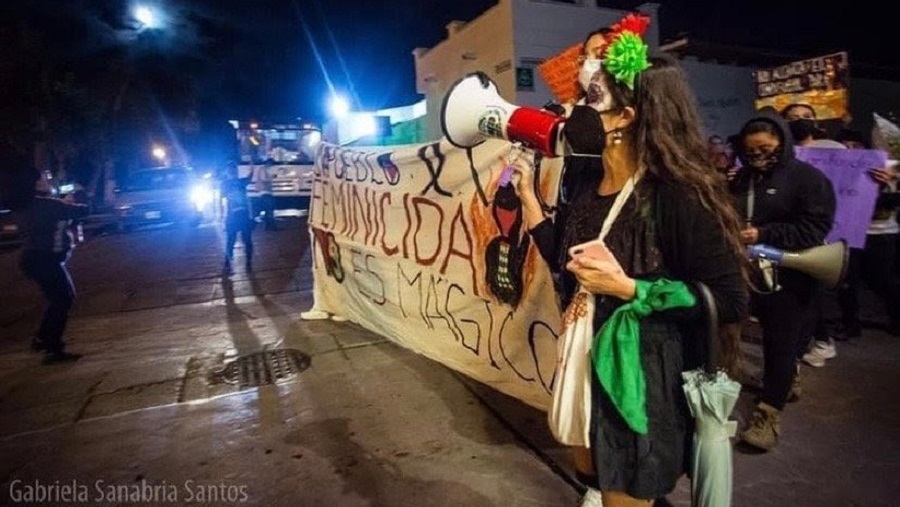 Activity
Women’s right to a life free from violence

THE FACTS – Last October 31, at the end of the March of the Catrinas, an individual riding in a car shouted threats, hate speech and incitation to violence against a group of women who had participated in the demonstration. He stepped on the accelerator several times, threatening to run over them, and afterwards, the threats of sexual violence and threats on their integrity continued, along with defamation in social networks.

The March of the Catrinas was organized by the Self-Convoked Women of San Cristobal in the context of the Day of the Dead celebrations, with the aim of protesting against feminicides, honoring the victims, and demanding justice for them and an end to impunity for the majority of these crimes.

These recent acts committed in San Cristobal de las Casas come on top of acts of repression and violence against protests by feminists and defenders of women to a life free from violence in other parts of the country.

With this precedent, in the climate of repression, stigmatization, hate speech, incitement to violence and criminalization of these protests, we are concerned about the safety and security of these feminist activists during the actions convoked for tomorrow November 25, the International Day for the Elimination of Violence against Women.

We of IM-Defensoras and the National Network of Women Human Rights Defenders in Mexico condemn these actions and demand that the responsible authorities at all levels of government guarantee the integrity and the right to social protest of the feminists of San Cristóbal de las Casas. In this regard we are reminded of the call from a group of United Nations experts to the Mexican government underscoring its “obligation to create an environment in which women can safely engage fully in their right to freedom of reunion, without fear of reprisal.”