[Urgent Alert] MESOAMERICA / The right to demonstrate must be guaranteed by the States, not repressed, on November 25, International Day for the Elimination of Violence against Women 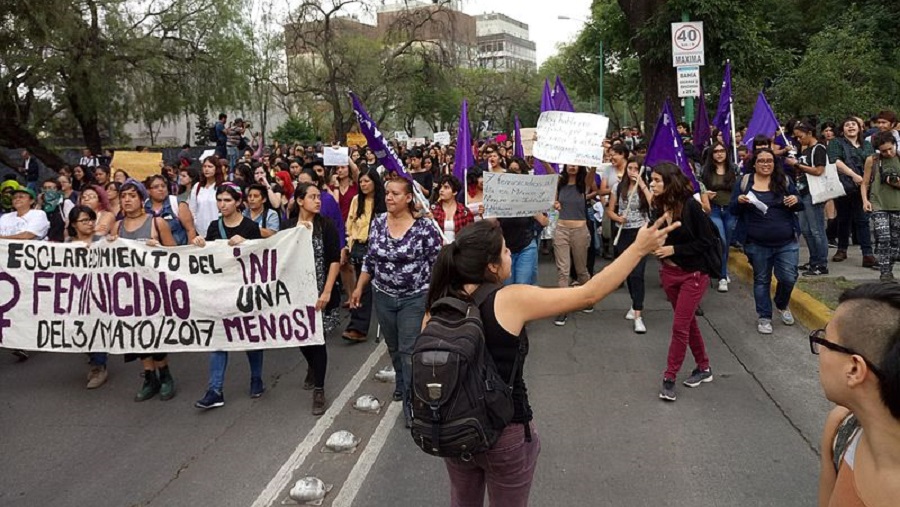 Tomorrow Wednesday, November 25, the International Day for the Elimination of Violence against Women, many feminist and women’s organizations, collectives and movements in Mesoamerica and throughout the world have convoked encampments, protests, demonstrations, and numerous acts of different kinds to express repudiation of the patriarchal violence that persists in our societies, communities and peoples.

In an authoritarian context that has affected our region for decades, we of IM-Defensoras have verified an alarming rise in the gravity and systematic nature of acts of repression in all our countries, including the use of police violence and the criminalization of participants in feminist demonstrations, in those demanding the rights of women and the  LGBTTTIQ+ population, and in those convoked by the mothers and family members of victims of feminicide. These repressive acts have taken place on significant dates, such as March 8, International Women’s Day, and September 28, the International day for the Decriminalization of Abortion, as well as in concrete demonstrations to repudiate feminicidal violence and demand justice.

Our region has one of the world’s highest rates of feminicides and other forms of violence against women. This is why we join in the outcry and share the rage expressed by women in the face of the total impunity and lack of protection by regional governments and their institutions in a society that normalizes and legitimizes violence against us as part of a racist, capitalist, patriarchal system that carries out numerous forms of violence against our lives. Our bodies and territories are exploited, wounded, and violated, leaving us with no other recourse than to take the streets to defend ourselves with our total collective force.

For this reason, we consider it important to remind the governments of El Salvador, Guatemala, Honduras, Mexico and Nicaragua of their obligation to guarantee the right to demonstrate and to abstain from repressing the protests; we hold them responsible for any violation whatsoever of the integrity of the participants in these activities.

This same call was made by a group of United Nations experts in a declaration to the Mexican government    that can be extrapolated to other countries in the region: “Violence may absolutely not be utilized to repress women who only want to live a life free from violence for themselves and all women and girls; who protest against feminicide, the most lethal form of violence; and who demand justice for victims.”

We of IM-Defensoras wish to express our acknowledgement and gratitude for  the critical role played by feminist, women’s and other non-binary organizations, collectives and movements; by the activist comrades and women human rights defenders who belong to them; and by the mothers and family members of victims, who work day after day to denounce and combat all forms of macho violence and to demand justice for abuses. And so, on a day like November 25, we salute all efforts to visibilize these acts of violence, to repudiate them, and to demand effective measures for their eradication.

We reaffirm our commitment to remain vigilant in the face of any action whatsoever aimed at repressing our right to demonstrate as women and as women human rights defenders, and to express our rage, our demands for justice, and our right to be able to live lives free from violence.