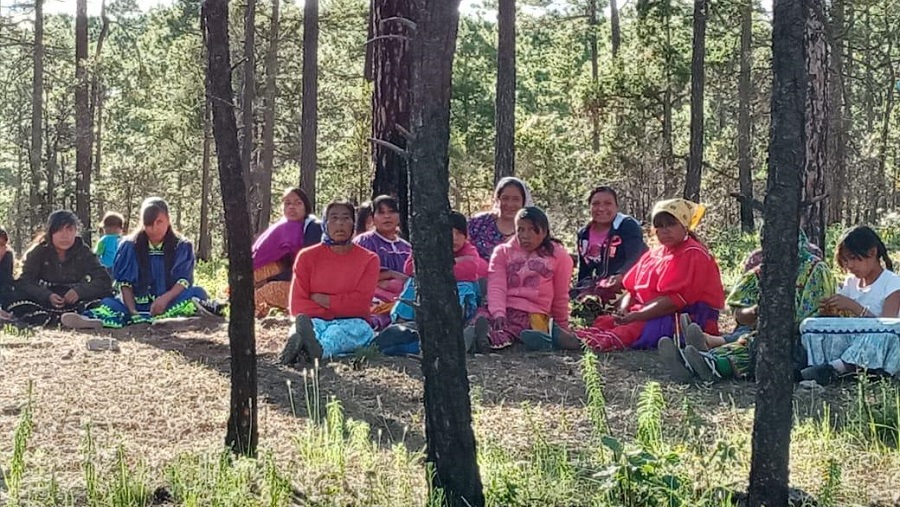 Activity
Defense of land, territory, natural resources and the rights of indigenous peoples

THE FACTS – Last August 13, Chihuahua state police agents burst into the assembly hall where the seamstress workshop Bowe Najativo is being constructed; shut down the workshop, and threatened rights defender Teresa González and other rights defenders and members of the Rarámuri indigenous people who were present.

The workshop is a project financed by the trust created for the reparation of damage caused by the International Airport at Creel. As a result of the police incursion, the construction of the workshop, which was 90 % finished, is now paralyzed.

The aggression took place in the context of the struggle of Rarámuri women to defend their ancestral territory in Bosques de San Elías Repechique against the efforts of businessman Fernando Cuesta to take it over, and it came on top of the criminalization and harassment that these women defenders are experiencing.

We of IM-Defensoras, the National Network of Women Human Rights Defenders in Mexico, and Community Technical Consultants (CONTEC) demand an immediate end to the harassment and criminalization of the Rarámuri women, defenders and community, and we further demand full respect and recognition for the rights of original peoples.