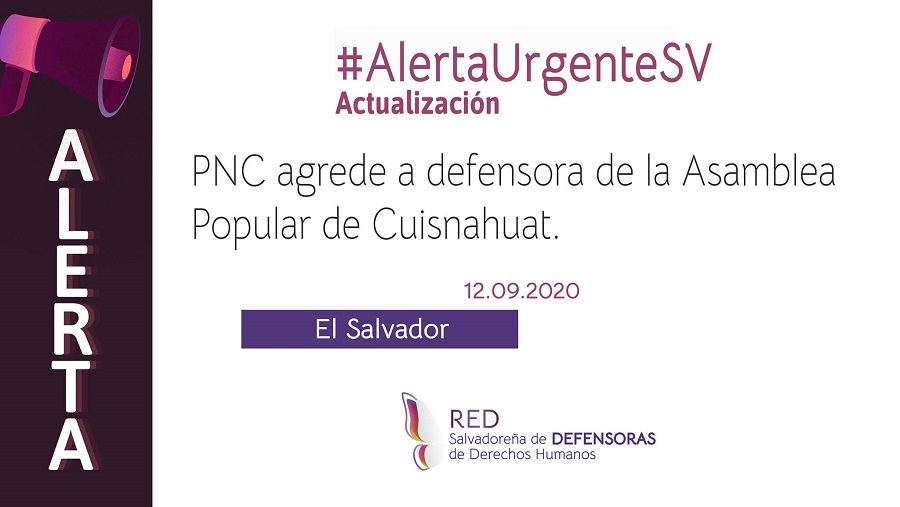 Salvadoran Network of Women Human Rights Defenders – On Thursday morning September 10th, agents of the National Civil Police (PNC) in an excessive use of force,  pushed and shoved defender  Melina Marisol Moisés and sprayed her with pepper gas.

Since July 27th, the People’s Assembly of Cuisnahuat has been organizing to safeguard the town park that is being destroyed in order to build a shopping center. No environmental permits have been issued for the construction of the commercial project and there has been no public consultation on the issue.

Mayor Ernesto Gustavo Sierra, has continued with the project and has used threats against townspeople safeguarding the park.

We of the Salvadoran Network of Women Human Rights Defenders hereby express our solidarity with the defenders in the People’s Assembly of Cuinshauat, and acknowledge their work in territorial defense.

Once again, we call on the Office of the Ombudsman for Human Rights to play the role of mediator between the local government and the community and also call on the Attorney General’s Office to investigate abuses of power by the National Civil Police.