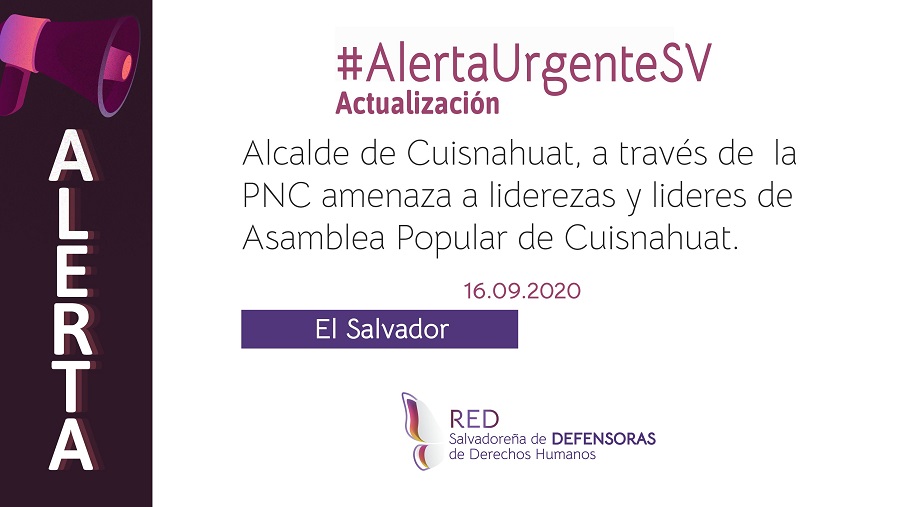 Salvadoran Network of Women Human Rights Defenders – On Wednesday afternoon September 16th, defenders of the People’s Assembly of Cuisnahuat denounced the fact that Mayor Gustavo Sierra utilized the National Civil Police and Units for the Maintenance of Order (UMO) in an effort to evacuate townspeople who have been safeguarding the town park since July 27th. The park is being destroyed for the construction of a project that has no environmental permits without having held a public consultation.

Furthermore, leaders of the People’s Assembly have been harassed and subjected to arbitrary arrests in an effort to end their peaceful protest.

We send an urgent call to the Office of the Ombudsman for Human Rights to mediate and remain vigilant in the face of repeated human rights violations being committed against the residents of Cuisnahuat.

We also call on the Attorney General’s Office to investigate the abuse of power by Mayor Gustavo Sierra and the uniformed troops of the PNC and UMO.