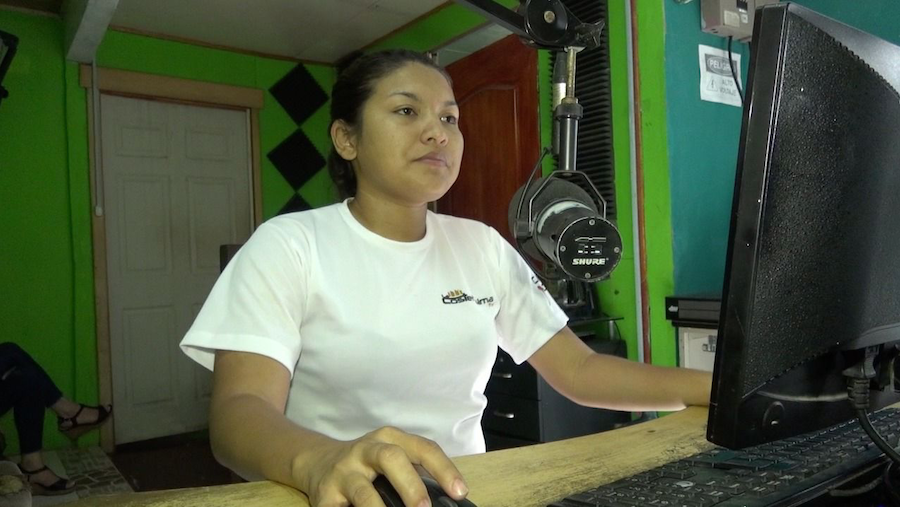 THE FACTS – Kalúa Yakari Salazar, journalist and Chief Press Officer of La Costeñísima Radio have denounced slander by Nicaraguan government workers. The accusations were first made a few days after La Costeñísima Radio broadcast a story in which a citizen accuses government functionaries of acts of corruption involving the robbery of municipal public funds.

On August 12, Kalúa received a summons to appear in Bluefields courts due to charges filed against her by three workers in the El Rama municipality controlled by the Sandinista National Liberation Front.

Before being notified by the appropriate authorities, Salazar had denounced the mockery and defamation by Bluefields journalist Erwin Espinoza, who knew about the citation that was circulated in social networks before the journalist received it. Despite the arbitrary nature of the charges and the trepidation of national and international journalist associations, the initial hearing took place on August 14.

On August 17, another independent journalist, David Quintana, was notified of charges filed against him by a cameraman working in a news agency of the Nicaraguan government. As of now, David has not been officially informed of the charges against him, although the judge is proceeding with the trial.

The initiation of proceedings against Kalúa Salazar forms part of a pattern of criminalization used by the State since 2018 to silence the independent press. In Bluefields, the Radio’s former Chief Press Officer Sergio León also faced charges based on slander before his death this year. The La Costeñísima Radio continues to be one of the few independent news media in the Nicaraguan Caribbean, where it faces ongoing harassment, defamation and smear campaigns.

We of IM-Defensoras call on all national and international human rights organizations to take note of Kalúa Salazar’s situation, and we also call on independent communications media in Nicaragua and the region to monitor the case. We ask members of all international entities to take urgent actions demanding that the Nicaraguan government respect freedom of expression and that it protect of the rights of those who exercise it. A country without freedom of the press is a country without human rights.