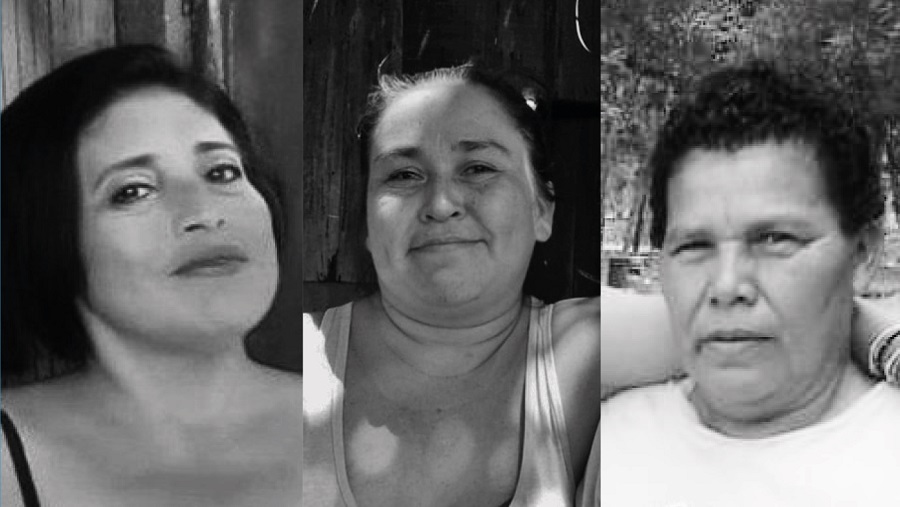 THE FACTS – Since last May, the situation of aggression, harassment and threats has worsened for three political prisoners held in the women’s prison known as “La Esperanza” (Hope). The attacks against them are usually perpetrated by other inmates, with the knowledge, acquiescence and even instigation of prison authorities and staff.

One of the most serious and disturbing incidents occurred on July 26, 2020, when a prisoner threatened the life of María Esperanza Sánchez in the cell that both share with other inmates, including political prisoner Juana Estela López. María Esperanza had been previously threatened by the same cellmate and by others, but authorities have done nothing to guarantee her security. Juana Estela has also been the target of constant insults and harassment from some of the inmates in their cell.

Of no less concern is the situation of Karla Escobar, who has suffered depressive episodes in prison and has chosen not to leave her cell in order to avoid constant threats and physical attacks from other inmates. Karla has also been subjected to arbitrary decisions in her judicial process. Last July 28, for example, she was refused the right to meet with her defense lawyer despite numerous requests presented to the judge by the same lawyer in support of Karla´s right to legal counsel.

We of IM-Defensoras repudiate the climate of aggression and threats faced by political prisoners Esperanza Sánchez, Juana Estela López and Karla Escobar, and hold the Nicaraguan government responsible for their lives and their physical, moral and psychological integrity.

We call on the international community and human rights organizations to take note of this situation and stand in solidarity with these activists and political prisoners by sending messages of support and demands for their immediate freedom. We also ask that you broadly denounce the strategy of repression, political persecution and systematic human rights violations by the Nicaraguan government against those who raise their voices and demand their legitimate rights to freedom of expression, social protest,, and the defense of human rights.