Press Release: “Their Lives are Our Lives” 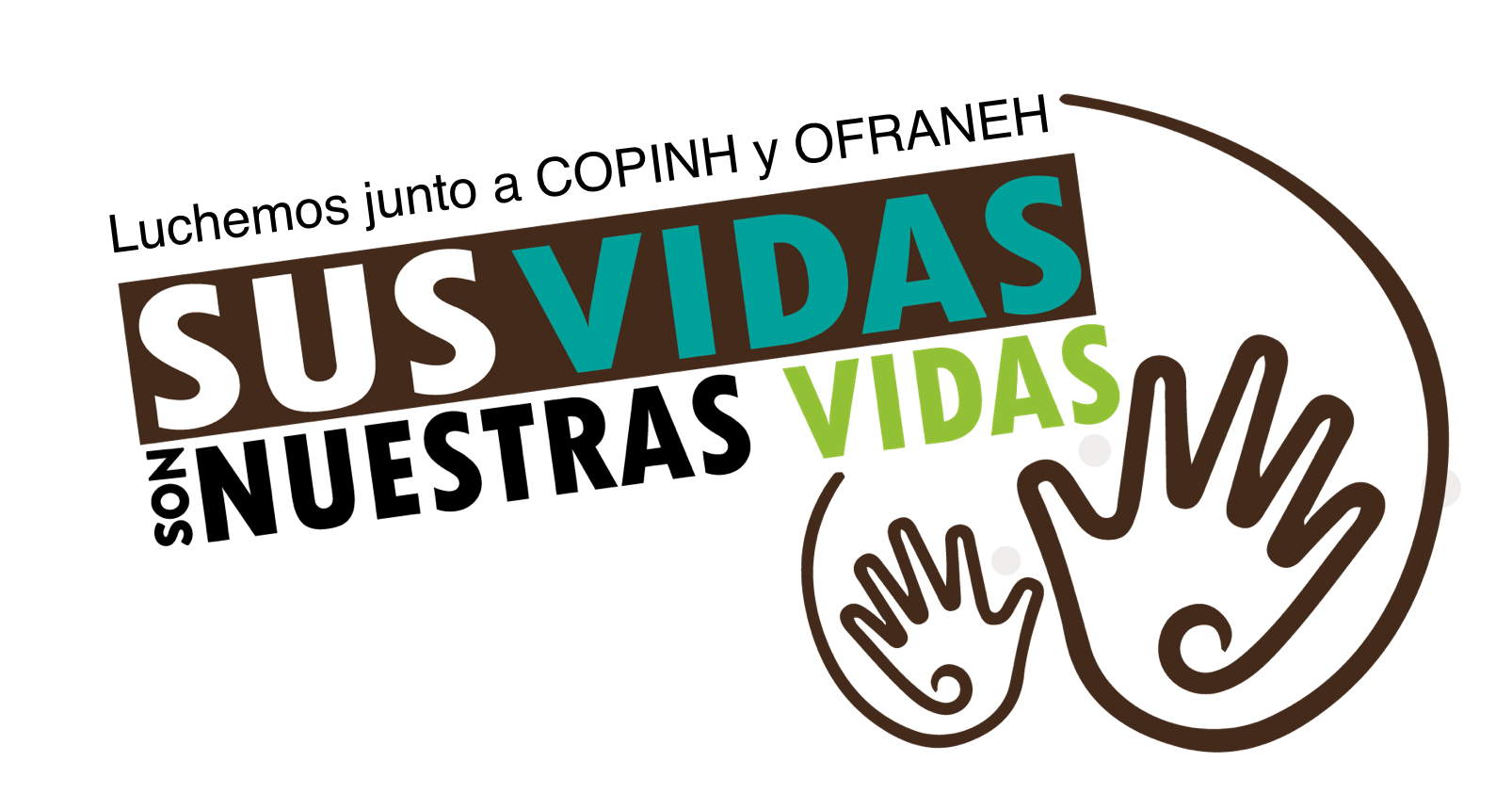 A Campaign to Support COPINH and OFRANEH

Honduras, 6 July 2020 The National Network of Women Human Rights Defenders in Honduras and the Mesoamerican Initiative of Women Human Rights Defenders have launched the campaign “Sus vidas son nuestras vidas” (“Their Lives are Our Lives”). The campaign’s objective is to support the work of the Black Fraternal Organization of Honduras (OFRANEH) and the Civic Council of Popular and Indigenous Organizations of Honduras (COPINH), and demand an end to the violence from the State of Honduras that is an accomplice to powerful criminal groups.

The campaign upholds the legitimate existence of the Lenca and Garifuna indigenous peoples in Honduras organized within COPINH and OFRANEH, and asserts the value of their political proposals. It seeks to build a community of collective support and accompaniment for these organizations that are an example and an inspiration across the world because of their work defending the territory from the destruction caused by extractive corporations and criminal groups backed by the State. Additionally, the organizations have demonstrated the possibility of an alternative way of life with dignity, food sovereignty, and protection of nature – led by women and with crucial participation of women.

In the current health crisis and with an absent State, these organizations have taken on an indispensable role to prevent the spread of COVID-19 and to provide a humanitarian response to the serious food and health crisis that is exacerbated by the pandemic.

For years, OFRANEH and COPINH have faced attacks from the State of Honduras and powerful private actors. COPINH continues its demand for justice in the assassination of renowned defender Berta Cáceres – supported by numerous international human rights mechanisms, and OFRANEH has two cases open against the State of Honduras at the Inter-American Court.

Despite both organizations being beneficiaries of protection measures from the Inter-American Commission on Human Rights, the attacks against them – including assassinations and death threats – and the impunity, have increased during the health crisis.

During the second week of July, a letter signed by over 100 allied international organizations will be presented at the embassies of Honduras in different countries. There will also be other communications actions supported by allied persons and organizations, such as human rights defender Helena Maleno and the Nobel Women’s Initiative, among others.

The digital actions, sharing support messages, videos, and images to embrace OFRANEH and COPINH, will come together under that tag #SusVidasSonNuestrasVidas.

The communications actions will also be part of the “Facing the Crisis” campaign convened by the Mesoamerican Initiative of Women Human Rights Defenders and all participating organizations.