[WHRD Alert] NICARAGUA / As of April 15, countrywide police harassment of mothers and families of persons killed in 2018 protests 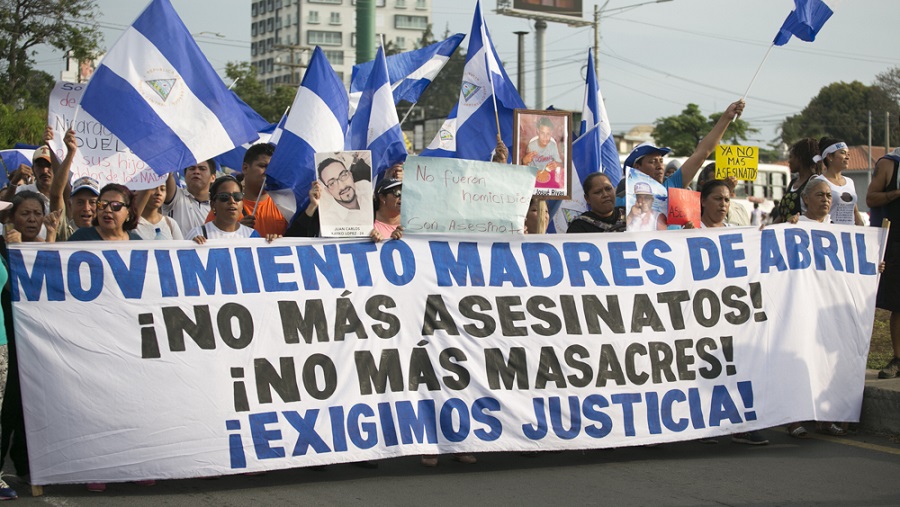 The April Mothers’ Association (AMA) is denouncing the fact that ever since last April 15, when they were mourning the murders of their family members, several of them have been subjected to police harassment, besiegement, attacks on their homes, and the violation of their right to freedom of movement.

These attacks are taking place two years after protests were brutally repressed by the government on April 18, 2018, thereby provoking the socio-political human rights crisis that persists in the country today. During these two years, 300 people have been killed, hundreds have become political prisoners, and attacks of many different types and levels of seriousness have been perpetrated against activists, individual and organizational human rights defenders, journalists, and the general public.

The April Mothers’ Association is precisely one of the key entities that emerged in the context of this crisis, when mothers and family members of people killed in the protests got organized to demand justice, truth, and reparations for crimes against humanity, according to the Interdisciplinary Group of Independent Experts (GIEI) commissioned by the Inter-American Commission of Human Rights (IACHR). Most of these crimes were committed by police and paramilitary forces associated with the government.

The attacks against AMA members are happening alongside those that we have been denouncing recently against activists, government opponents, released political prisoners, journalists and women human rights defenders.

We of IM-Defensoras condemn the attacks and harassment against the members of the April Mothers’ Association, to whom we extend our solidarity and acknowledgement of their tireless struggle in pursuit of truth and justice.

We hold the Nicaraguan government responsible for any attempt against the physical, patrimonial or psychological integrity of the April Mothers’ Association or that of their families.

We call on the international community to acknowledge and sustain the quest for justice of the April Mothers’ Association and to keep an eye on the escalation in repression, which, two years after the beginning of the crisis, is happening once again in Nicaragua.