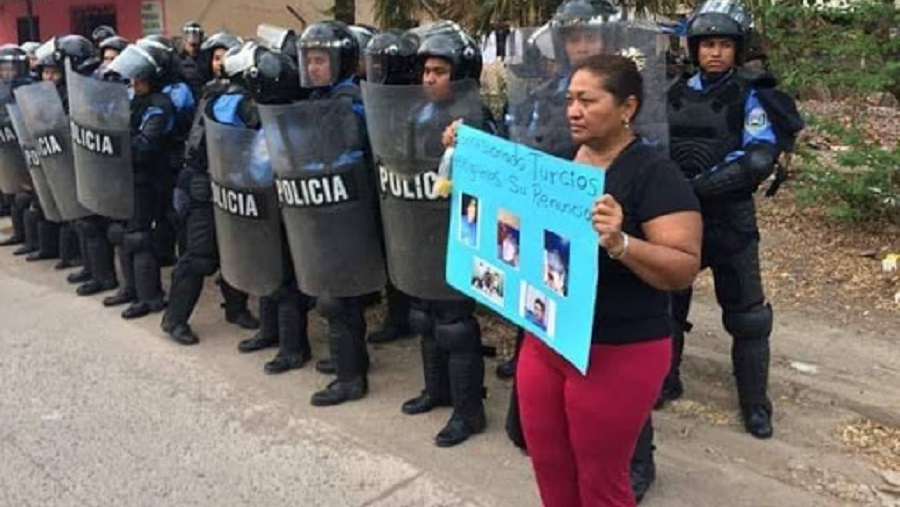 THE FACTS – On Tuesday morning, March 17, National Police agents arbitrarily arrested defender Aleyda Huete in her home and took her to the offices of the Choluteca Police Bureau of Investigations.

A few hours later, a judge released her on probation with a bail of 30 thousand lempiras on charges of “illegal possession of a homemade weapon,” and “storage of explosives detrimental to the internal security of the Honduran State.”

Aleyda Huete’s arrest took place during the curfew and suspension of constitutional rights that was decreed by the government of Honduras on the pretext of combatting COVID-19 and curbing its impact in the country.

Aleyda Huete is an acclaimed rights defender and activist who has repeatedly denounced arbitrary injustices and human rights violations committed by the current government. For this reason she has been the target of persecution, aggression, and raids on her home.

We are especially concerned that the she has now been attacked in the context of the suspension of constitutional guarantees, using COVID 19 as an excuse. In this regard, we recall the recent exhortation of the group of UN experts who stated that governments “may not use Coronavirus emergency plans to repress human rights,” “quell dissidence,” or “stifle the work of human rights defenders.”

We of IM-Defensoras and the National Network of Women Human Rights Defenders in Honduras repudiate and denounce the malicious use of the justice system to criminalize and fabricate charges against defender Aleyda Huete, as well as the use of a health emergency to implement repressive actions against women human rights defenders.

We call on the international community to stand in solidarity with the defender, denounce the attacks against her, and remain vigilant with regard to the situation in Honduras.