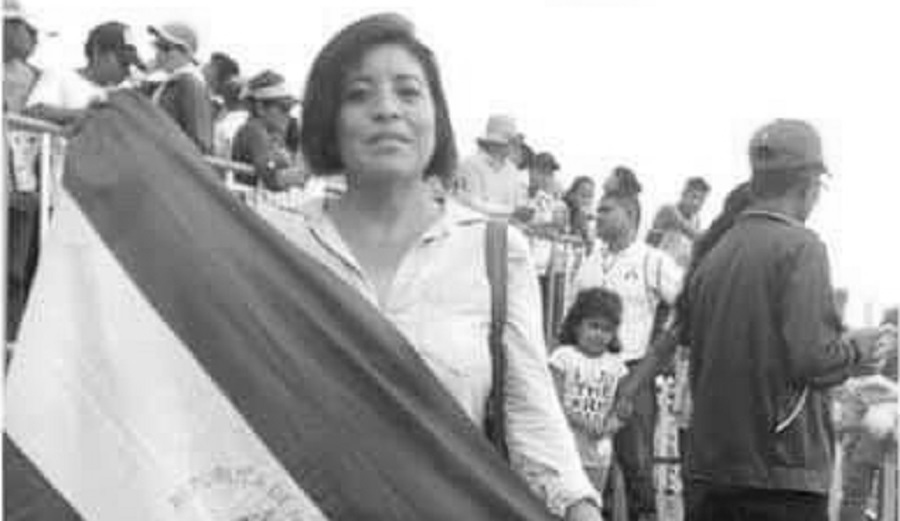 THE FACTS – On the night of January 26, the activist María Esperanza Sánchez was arbitrarily arrested by the police. The arrest took place in a security house in which the defender had sought asylum due to the constant siege she was under in her own home in Matagalpa. On Thursday, February 6, María Esperanza was transferred to the women’s prison known as “La Esperanza” (Hope), where she is still confined.

Her family has denounced the fact that since the moment of her arrest, María Esperanza has been subjected to repeated torture as well as cruel and inhuman treatment in an effort to force her to assume responsibility for the crimes attributed to her.

Maria Esperanza has participated in civic activism since April of 2018, with the eruption of the socio-political crisis that is ongoing. She was part of the April 19 Movement in Matagalpa and then participated in both the April 19 Civic Movement, Matagalpa, and the Blue and White National Unity Movement (UNAB).

The police accuse her of drug trafficking, which she denies. According to several different Nicaraguan human rights organizations, this charge seems to have become a State strategy to criminalize activists, imprison them, and deny that they are political prisoners.

María Esperanza has high blood pressure and cardiac asthma, as well as blood clotting problems due to the coronary thrombosis she suffered several years ago. Consequently, the torture, inhuman conditions and confinement that she is up against make us fear for her state of health, which has gotten worse in recent days.

We of IM-Defensoras demand an immediate end to the torture and cruel and inhuman treatment of María Esperanza and hold the Nicaraguan government responsible for her life and her physical, psychological and emotional integrity.

Likewise, we demand her freedom and that of the other political prisoners who continue to be imprisoned in Nicaragua.

We call on the international community to closely observe what is going on in Nicaragua, where the crisis initiated in April of 2018 persists as the government continues to violate the human rights of the Nicaraguan people and to expose activists, organization, and human rights defenders to threats, harassment, attacks, and limitations on their work.