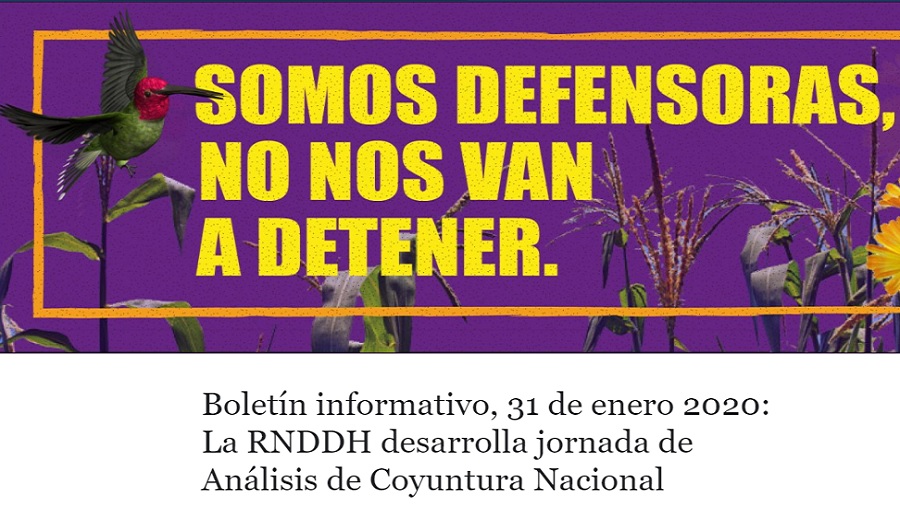 “The reconstruction of history shows that women have only made social conquests when and where there have been conscious women struggling and taking the lead in these conquests.”

On Wednesday, January 29, the National Network of Women Human Rights Defenders in Honduras (RNDDH), developed its first Seminar for the Analysis of the National Situation, a space for reflection and political discussion for women who recognize the country’s structural problems and take an interest in generating strategies of political, social, economic and cultural transformation from a feminist perspective.

The session was moderated by the journalist Sandra Maribel Sánchez, who opened the discussion by questioning herself and all who were present about the role of women in the current sociopolitical context and about possibilities for building and spearheading a different country in a context of violence, citizen insecurity, impunity and corruption.

To open up the discussion, Sandra Maribel stressed the fact that the pillar sustaining the current national situation is the undeniable fact that we live under a dictatorship, one that, unlike other dictatorships, hasn’t needed to dissolve the other branches of government in order to establish itself as such. It found in the legislative and judicial branches and generally speaking, in the country’s public institutionalism, fully functioning niches for entrenching itself. On this foundation, other circumstantial elements arise that were mentioned in the seminar.

Among them are the following:

These and other contextual country issues were addressed through a collective perspective and the participation and debate of women who move within different spaces, movements and organizations, but who share the same approach: the search for the reclamation of the shared word of women for conscious decision making.

To contribute to this collective purpose, the Seminar for Analysis of the National Situation will continue to be an initiative of the National Network of Women Human Rights Defenders in Honduras on the last Wednesday of each month, calling on women interested in strengthening their discourses and sharing spaces for reflection and constructive political discussion.

“Let’s not give up the idea of ​​continuing to talk.”