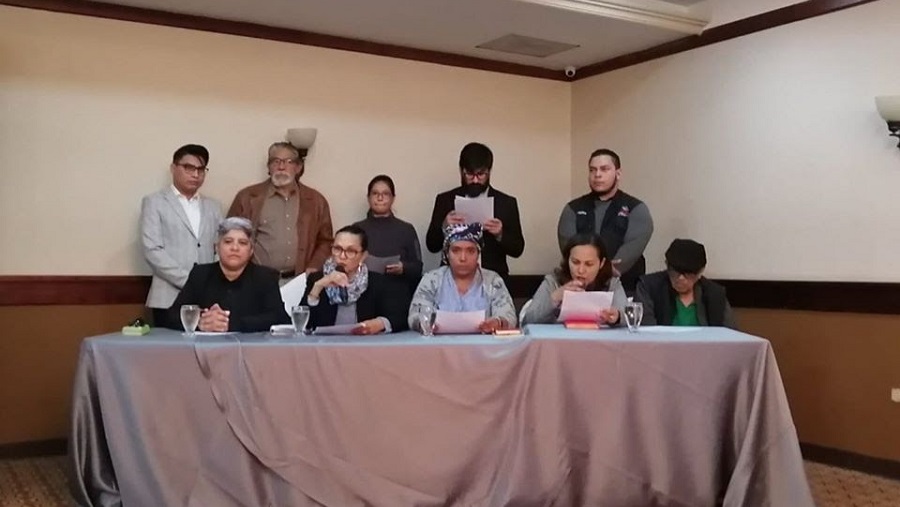 Last January 23rd, dozens of organizations that make up the Coalition against Impunity and Convergence against Continuance, among them the National Network of Women Human Rights Defenders, held a press conference to express support and recognition for the UN Office of the High Commissioner of Human Rights, OHCHR, in response to its Report on Human Rights Violations.

The organizations signed and commented upon this report and deplored the unwillingness of the current government to comply with commitments to hold investigations and trials and to issue guilty verdicts for those responsible for homicides, illegal arrests, abuse of authority, and the decision to put an end to MACCIH, among other issues.