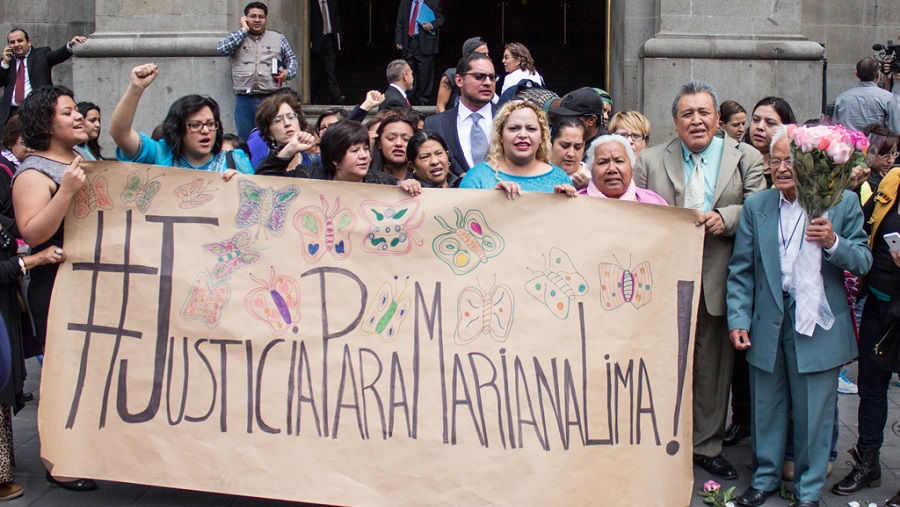 THE FACTS – Last Monday, January 20, 2020, an unknown assailant made an attempt on the life of Guadalupe Michel Lima, the daughter of defender Irinea Buendía, firing at least six shots at the car in which she had been riding just after she got out. Guadalupe’s life was saved thanks to the timely intervention of her escort.

The attack took place in the Ixtapalapa district of Mexico City on the same day that a hearing was held on the feminicide of her sister Mariana, who was killed on June 28, 2010, by her husband, a Judicial Police Commander in Chimalhuacán, State of Mexico, at the time. Guadalupe is one of the main witnesses of this feminicide, and her accompaniment by an escort is a protective measure granted to her.

This attempt on her life occurred when her family’s search for justice is in the final stage of a judicial process, pending the closure of the stage of submission of evidence prior to the issuance of a guilty verdict.

Thanks to the tireless struggle of the Lima Buendía family, and especially to defender Irinea Buendía, the case of Mariana Buendía has set historical precedents, such as judgment 554/2013 of Mexico’s Supreme Court. The ruling establishes that “all violent deaths of women must be investigated as feminicides with a gender perspective in keeping with the highest international standards.”

Throughout this long search for justice, Irinea Buendía and other family members have been subjected to different types of attacks, threats and high-risk incidents; these have not been effectively addressed by the responsible institutions and remain unpunished.

We of IM-Defensoras and the National Network of Women Human Rights Defenders in Mexico condemn this attempt on the life of Guadalupe Michel Lima and demand that the Mexican government carry out a prompt, diligent investigation of the offense.

Likewise, we demand the urgent, efficient implementation of all protection measures necessary to safeguard the life and the physical and emotional integrity of the members of Lima Buendía’s family.

And finally, we express our solidarity with the family and our admiration and recognition of the untiring work of defender Irinea Buendía and her invaluable contribution to the struggle for the right to truth, justice and reparations in Mexico and our entire Mesoamerican region.