#WHRDAlert NICARAGUA / Criminalization and smear campaigns against defenders in Condega 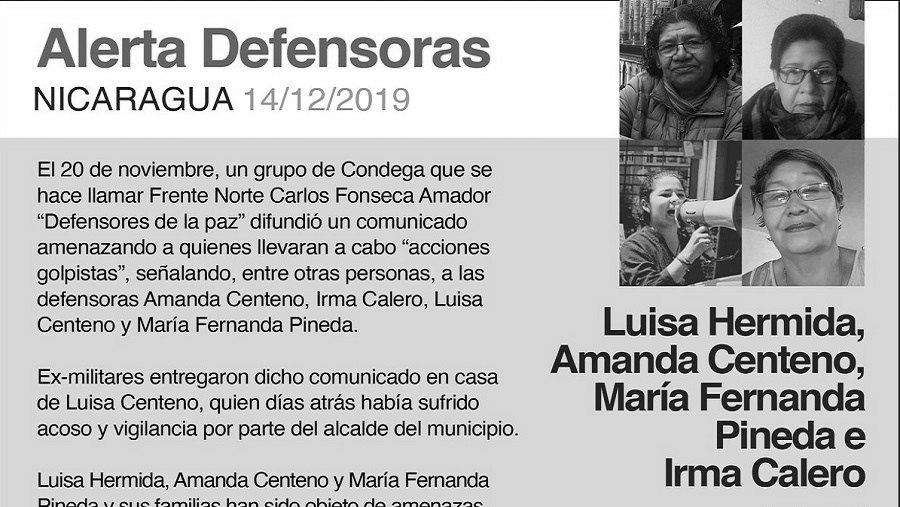 On December 10th, the Mayor of Condega and other individuals participated in actions of surveillance and harassment outside the home of Luisa Centeno. Three days later, on December 13th, several persons identified as ex-military agents left the same statement at her home amidst threats.

Luisa Hermida, Amanda Centeno and María Fernanda Pineda and their famílies have been subjected to threats, smear campaigns, and criminalization since 2018.

We demand an immediate end to the harassment, criminalization and hate campaigns against them. We hold the Nicaraguan government responsible for any attack whatsoever against the physical and moral integrity of these human rights defenders and their families.