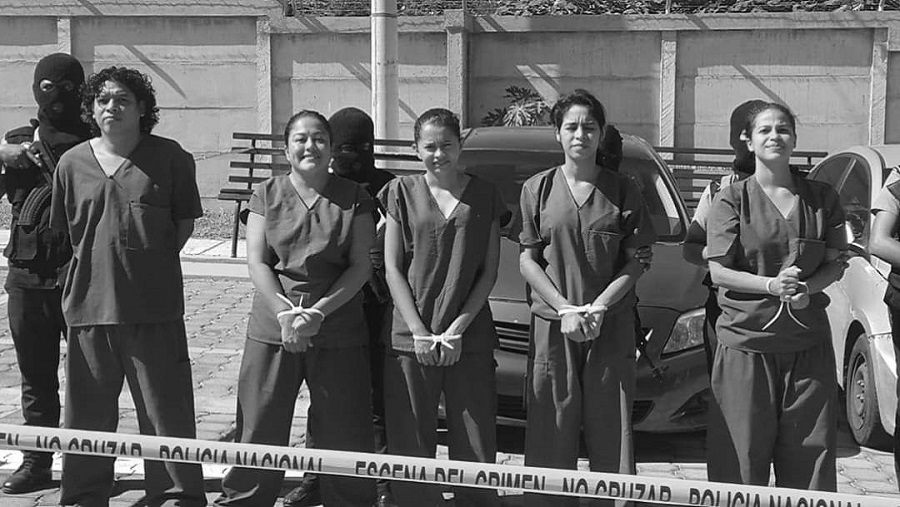 THE FACTS – At two o’clock in the morning on Thursday, November 21, a group of 12 hooded paramilitary agents dressed in black broke into the home of Ivania Alvárez, tearing down the iron grille at the main entrance and breaking padlocks and door locks. The group was led by Luis Hernández, Political Secretary of the FSLN in Tipitapa. The activist’s mother was inside the house at the time.

Ivania Alvárez, a member of the Political Committee of the Blue and White Unity movement, is one of 13 persons arrested last November 14, for lending humanitarian support to political prisoners’ families on hunger strike at the San Miguel Church in Masaya. Since then, the activists have been held on false charges such as “terrorism” and “organized crime.”

We of IM-Defensoras denounce and condemn this attack, whose purpose is to harass, intimidate and coerce the activist in her family environment, and we hold the Nicaraguan government responsible for any infringement of the physical and proprietary integrity of Ivania’s family.

We demand the immediate freedom of all persons still being held as political prisoners and an immediate end to the ongoing campaign of hate, repression and persecution against activists and human rights defenders in Nicaragua.