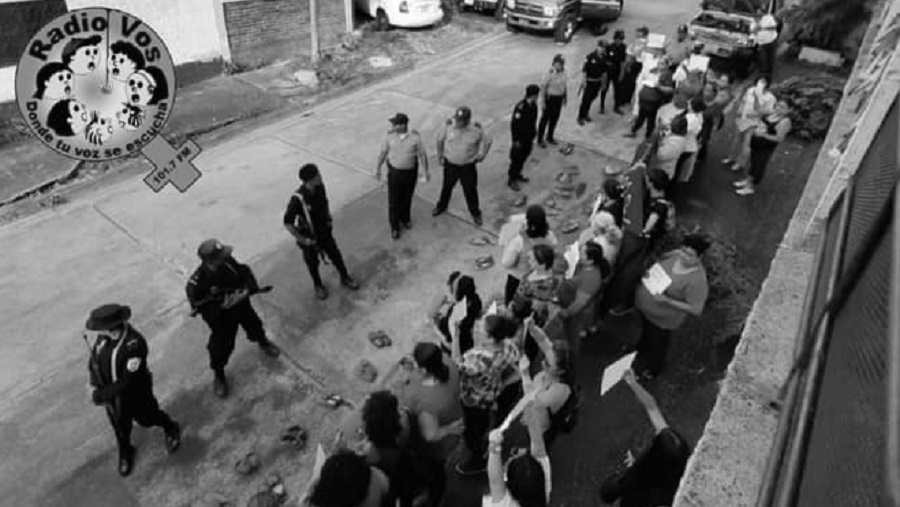 THE FACTS– In the current context of the escalation of hate speech, persecution, repression and violence against individual and organizational human rights defenders in Nicaragua, the Women’s Collective of Matagalpa has been the target of harassment, defamation and highly serious threats in social networks.

The attacks are aimed at members of the Collective and their radio broadcasting activities through misogynous anti-rights messages accusing them of “breaking up homes” and threatening to burn their headquarters, file complaints against them, and take them off the air.

This situation is nothing new. In July of 2018, we sounded an alert over the campaigns of criminalization, threats and disparagement directed at them, and last October we denounced the police harassment and hate speech to which the Collective and Matagalpa feminists were subjected when they tried to carry out a peaceful protest outside their headquarters against femicides in the country.

We of IM-Defensoras condemn these acts and hold the Nicaraguan government responsible for any attack whatsoever against the Collective or any of its members.

We call on the international community to show solidarity with the Women’s Collective of Matagalpa and to denounce the current situation of heightened repression and persecution of human rights defenders in Nicaragua.