[STATEMENT] ¡Mesoamerican Women Human Rights Defenders say NO to the attack against the Kurdish community! 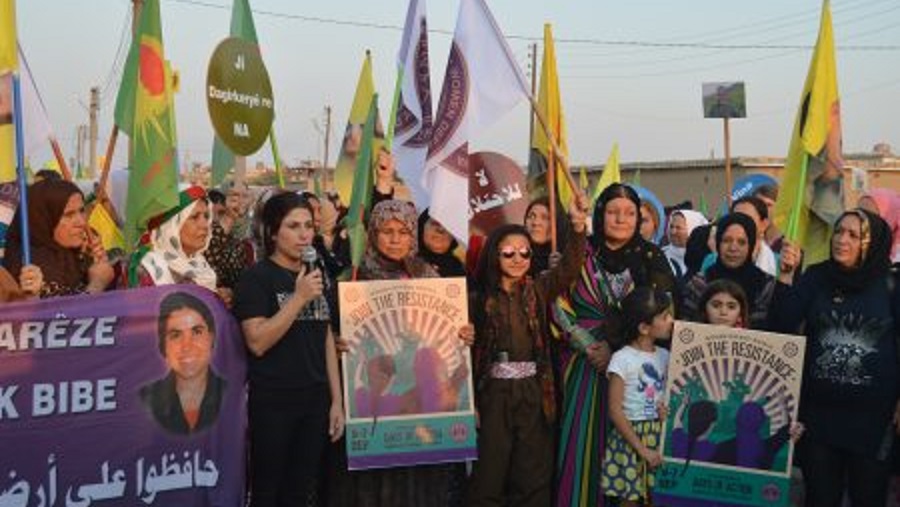 “We can arrive without warning any night whatsoever,” announced Turkish President Recep Tayyip Erdogan, regarding a possible attack against the Kurdish community in Northeast Syria. A few hours ago international solidarity committees in Rojava called on worldwide communities and civil society organizations to engage in actions against the Turkish occupation and Kurdish ethnic cleansing this October 12, 2019.

According to the committees, the border between Turkey and Northeastern Syria has been secure since the establishment of the Kurdish autonomous democratic administration, with no armed actions in the territory. Recent statements made by United States President Donald Trump, however, imply a violation of the agreements reached between the Kurds and the Turkish government, placing the lives of thousands of people in danger.

Spread the news far and wide

The Syrian Democratic Forces have told the news media that this would represent a setback in efforts to defeat the Islamic State (ISIS). As many as 11 thousand women and men have lost their lives seeking peace in the area. The invasion of the region by Turkish armed forces would create circumstances that foster crimes against humanity and the re-emergence of ISIS, thereby placing the Middle East and the world in danger and heightening the migration crisis.

Women human rights defenders and the entire Kurdish community need our help now more than ever. Let’s make sure this news is heard everywhere. As a comrade of the Kurdish women’s movement told us: “Our allies around the world should understand that this is an attack against our struggles for alternatives to capitalism, sexism, and colonialism. We exhort people to take a stand, mobilize their contacts, and join in the protests against the occupation.”

We of IM-Defensoras join in the call of the Kurdish women defenders to the international community, organizations, and social movements to take a stand and demand an immediate end to any Turkish attacks and the occupation of Syria. Let’s join the protests in our countries and demand an end to war, the Turkish occupation, and the ethnic cleansing of the Kurdish people.